A giant sunspot – a magnetically strong and complex region on the sun's surface – has just appeared over the sun's horizon. This is the third trip for this region across the face of the sun, which takes approximately 27 days to make a complete rotation.


A giant sunspot appeared on Feb. 25, 2014, for its third trip across the face of the sun. This blend of two images from NASA's Solar Dynamics Observatory shows the sunspot in visible light and an X-class flare observable in ultraviolet light. 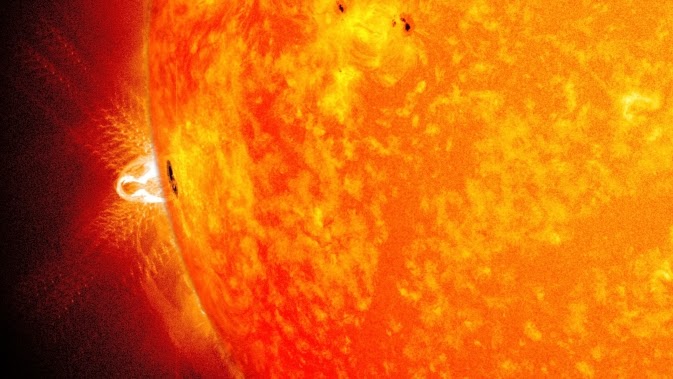 Scientists track sunspots that are part of active regions, which often produce large explosions on the sun such as solar flares and coronal mass ejections, or CMEs. Each time an active region appears it is assigned a number. Active regions that have survived their trip around the back of the sun and reappear are assigned a new number – a convention left over from when we had no telescopes observing the far side of the sun and so could not be sure that the new sunspot was indeed the same as the old one. This active region is currently labeled AR11990. Last time around it was labeled AR11967and its first time it was AR11944.

During its three trips thus far, this region has produced two significant solar flares, labeled as the strongest kind of flare, an X-class. It has also produced numerous mid-level and smaller flares. While many sunspots do not last more than a couple of weeks, there have been sunspots known to be stable for many months at a time.

The sun emitted a significant solar flare, peaking at 7:49 p.m. EST on Feb. 24, 2014. NASA's Solar Dynamics Observatory, which keeps a constant watch on the sun, captured images of the event in multiple wavelengths.

This movie shows imagery from NASA's Solar Dynamics Observatory as the sun emitted an X-class flare on Jan. 7, 2014. The movie shows light in the 1600 Angstrom wavelength showing both sunspots visible on the sun's surface and the flare in the solar atmosphere. NOTE: This video loops 4 times.

Studying what causes active regions to appear and disappear over time, as well as how long they remain stable, is key to understanding the origins of space weather that can impact Earth’s technological infrastructure.

The aurora shimmered in the night sky over Tromsø, Norway, on Jan. 9, 2014, after a coronal mass ejection arrived in near-Earth space, following a two-day journey from the sun. 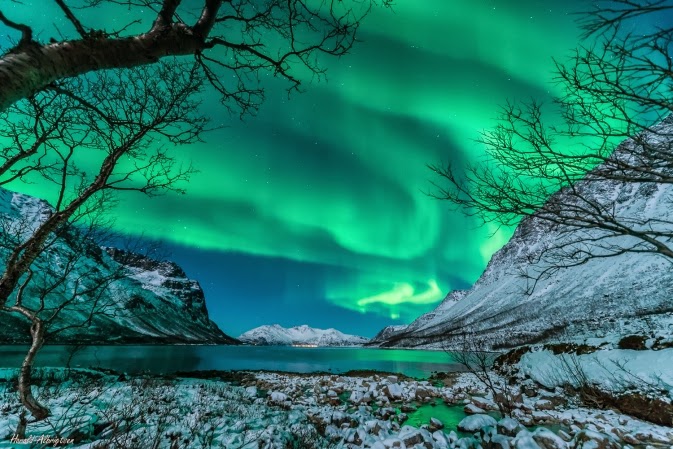