New research led by the University of Melbourne has helped debunk the common belief that a sixth sense, also known as extrasensory perception (ESP), exists.

The study, published in January in the journal PLOS ONE, found that people could reliably sense when a change had occurred, even when they could not see exactly what had changed.

“It is entirely natural to be interested in an ability that you think you have, if it seems to defy scientific explanation.”

So says cognitive scientist Dr Piers Howe, from the Melbourne School of Psychological Sciences, discussing the fascination that surrounds the phenomenon of the sixth sense. 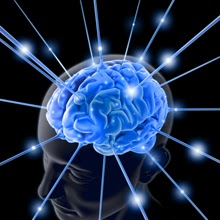 Dr Howe led a study that helped debunk the common belief that a sixth sense exists.

The study found that people could reliably sense when a change had occurred, even when they could not see exactly what had changed.

For example, a person might notice a general change in someone’s appearance but not be able to identify that the person had had a haircut.

Dr Howe says the research is the first to show in a scientific study that people can reliably sense changes that they cannot visually identify.

Howe from the Melbourne School of Psychological Sciences said the research is the first to show in a scientific study that people can reliably sense changes that they cannot visually identify.

“There is a common belief that observers can experience changes directly with their mind, without needing to rely on the traditional physical senses such as vision, hearing, taste, smell and touch to identify it. This alleged ability is sometimes referred to as a sixth sense or ESP.

“We were able to show that while observers could reliably sense changes that they could not visually identify, this ability was not due to extrasensory perception or a sixth sense,” he said.

In the study, observers were presented with pairs of colour photographs, both of the same female. In some cases, her appearance would be different in the two photographs. For example, the individual might have a different hairstyle.

Each photograph was presented for 1.5 seconds with a one second break between them. After the last photograph, the observer was asked to indicate whether a change had occurred and, if so, identify the change from a list of nine possible changes.

Results showed study participants could generally detect when a change had occurred even when they could not identify exactly what had changed. For example, they might notice that the two photographs were different but not be able to determine that the person had changed the colour of their hat.

This resulted in the observer “feeling” or “sensing” that a change had occurred without being able to visually identify the change. Crucially, this occurred only when the change altered the visual statistics of the image, for example if it altered the total amount of red or green in the image.

Thus, the result that observers can reliably feel or sense when a change has occurred without being able to visually identify the change is due to their noticing changes to the visual statistics of the image and can be explained without invoking the possibility of an extrasensory mechanism.

The research was led by Senior Lecturer Dr Piers Howe in collaboration with researcher Margaret Webb.


Contacts and sources:
by Liz Banks-Anderson
University of Melbourne
on February 19, 2014