British Columbia -- Yoho National Park's 505-million-year-old Burgess Shale – home to some of the planet's earliest animals, including a very primitive human relative – is one of the world's most important fossil sites. Now, more than a century after its discovery, a compelling sequel has been unearthed: 42 kilometres away in Kootenay National Park, a new Burgess Shale fossil site has been located that appears to equal the importance of the original discovery, and may one day even surpass it.

Dr. Jean-Bernard Caron, Curator of Invertebrate Paleontology at the Royal Ontario Museum, Associate Professor at the University of Toronto and the study's lead author, says "This new discovery is an epic sequel to a research story that began at the turn of the previous century, and there is no doubt in my mind that this new material will significantly increase our understanding of early animal evolution. The rate at which we are finding animals – many of which are new – is astonishing, and there is a high possibility that we'll eventually find more species here than at the original Yoho National Park site, and potentially more than from anywhere else in the world. We are very excited to go back to the field this summer, during the ROM's Centennial year, with one of our main goals being to increase the number of new species discovered." 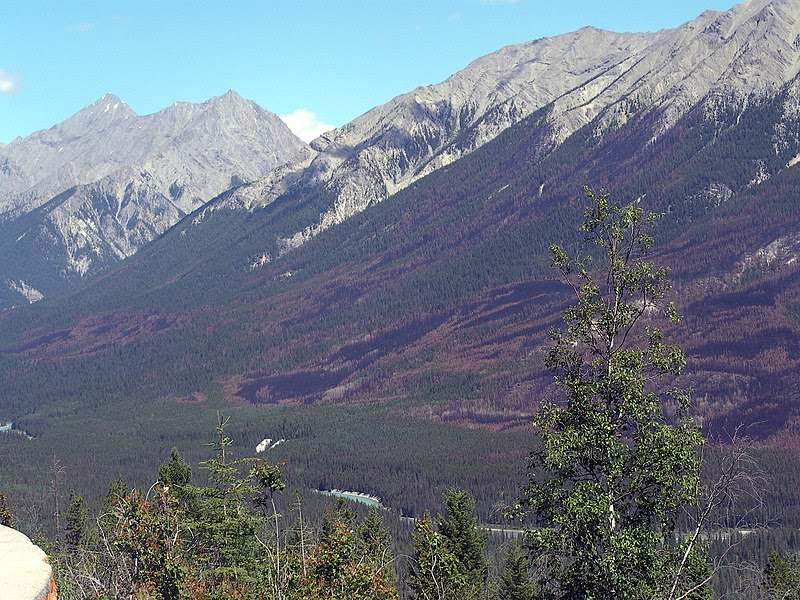 A paper published today in the prestigious scientific journal Nature Communications describes Kootenay National Park's new 'Marble Canyon' fossil beds for the first time. The authors suggest that the area and its extraordinary fossils will greatly further our understanding of the sudden explosion of animal life during the Cambrian Period.

Dr. Robert Gaines, Geologist, Pomona College,  says"We were already aware of the presence of some Burgess Shale fossils in Kootenay National Park. We had a hunch that if we followed the formation along the mountain topography into new areas with the right rock types, maybe, just maybe, we would get lucky – though we never in our wildest dreams thought we'd track down a motherload like this. It didn't take us very long at all to realize that we had dug up something special. To me, the Burgess Shale is a grand tale in every way imaginable, and we are incredibly proud to be part of this new chapter and to keep the story alive and thriving in everyone's imagination."

The new fossil site is protected by Parks Canada, with the exact location remaining confidential to protect its integrity, though future visitor opportunities have not been ruled out. The ROM is especially proud of this discovery as it comes in a year the organization celebrates its 100th anniversary.

This new finding is the latest in a recent string of Burgess Shale discoveries, including confirmation that Pikaia, found only in Yoho National Park, is the most primitive known vertebrate and therefore the ancestor of all descendant vertebrates, including humans.

Melanie Kwong, Parks Canada's Superintendent responsible for the Burgess Shale, says "The Burgess Shale is a tremendously rich resource important to our understanding of the development of life on this planet. Parks Canada is immensely proud to provide access to the fossils for cutting edge research such as this, for our award-winning guided hikes, and to protect forever these fossils in a national park and UNESCO World Heritage Site."

Some species found at the new Kootenay site are also found in China's famous Chengjiang fossil beds, which are 10 million years older. This contributes to the pool of evidence suggesting that the local and worldwide distribution of Cambrian animals, as well as their longevity, might have been underestimated.

Discover more about the Burgess Shale in Yoho and Kootenay national parks by visiting http://www.pc.gc.ca/burgessshale