An Oxford University study has concluded that our ancient ancestors who lived in East Africa between 2.4 million-1.4 million years ago mainly ate tiger nuts (grass bulbs) supplemented with the odd grasshopper and worm 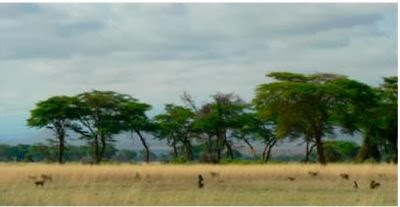 An Oxford University study has concluded that our ancient ancestors who lived in East Africa between 2.4 million-1.4 million years ago survived mainly on a diet of tiger nuts. Tiger nuts are edible grass bulbs still eaten in parts of the world today. The study published in the journal, PLOS ONE, also suggests that these early hominins may have sought additional nourishment from fruits and invertebrates, like worms and grasshoppers.

Study author Dr Gabriele Macho examined the diet of Paranthropus boisei, nicknamed "Nutcracker Man" because of his big flat molar teeth and powerful jaws, through studying modern-day baboons in Kenya. Her findings help to explain a puzzle that has vexed archaeologists for 50 years. 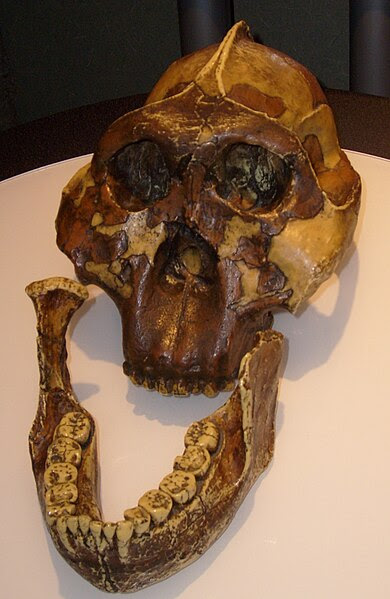 Scholars have debated why this early human relative had such strong jaws, indicating a diet of hard foods like nuts, yet their teeth seemed to be made for consuming soft foods. Damage to the tooth enamel also indicated they had come into contact with an abrasive substance. Previous research using stable isotope analyses suggests the diet of these homimins was largely comprised of C4 plants like grasses and sedges. However, a debate has raged over whether such high-fibre foods could ever be of sufficiently high quality for a large-brained, medium-sized hominin.

Dr Macho's study finds that baboons today eat large quantities of C4 tiger nuts, and this food would have contained sufficiently high amounts of minerals, vitamins, and the fatty acids that would have been particularly important for the hominin brain. Her finding is grounded in existing data that details the diet of year-old baboons in Amboseli National Park in Kenya – a similar environment to that once inhabited by Paranthropus boisei. Dr Macho's study is based on the assumption that baboons intuitively select food according to their needs. She concludes that the nutritional demands of a hominin would have been quite similar.

Dr Macho modified the findings of the previous study on baboons by Stuart Altmann (1998) on how long it took the year-old baboons to dig up tiger nuts and feed on various C4 sources. She calculated the likely time taken by hominins, suggesting that it would be at least twice that of the yearling baboons once their superior manual dexterity was taken into account. Dr Macho also factored in the likely calorie intake that would be needed by a big-brained human relative.

Tiger nuts, which are rich in starches, are highly abrasive in an unheated state. Dr Macho suggests that hominins' teeth suffered abrasion and wear and tear due to these starches. The study finds that baboons' teeth have similar marks giving clues about their pattern of consumption.

In order to digest the tiger nuts and allow the enzymes in the saliva to break down the starches, the hominins would need to chew the tiger nuts for a long time. All this chewing put considerable strain on the jaws and teeth, which explains why "Nutcracker Man" had such a distinctive cranial anatomy.

The Oxford study calculates a hominin could extract sufficient nutrients from a tiger nut- based diet, i.e. around 10,000 kilojoules or 2,000 calories a day – or 80% of their required daily calorie intake, in two and half to three hours. This fits comfortably within the foraging time of five to six hours per day typical for a large-bodied primate.

Dr Macho, from the School of Archaeology at Oxford University, said: 'I believe that the theory – that "Nutcracker Man" lived on large amounts of tiger nuts– helps settle the debate about what our early human ancestor ate. On the basis of recent isotope results, these hominins appear to have survived on a diet of C4 foods, which suggests grasses and sedges. Yet these are not high quality foods. What this research tells us is that hominins were selective about the part of the grass that they ate, choosing the grass bulbs at the base of the grass blade as the mainstay of their diet.

'Tiger nuts, still sold in health food shops as well as being widely used for grinding down and baking in many countries, would be relatively easy to find. They also provided a good source of nourishment for a medium-sized hominin with a large brain. This is why these hominins were able to survive for around one million years because they could successfully forage – even through periods of climatic change.'

Contacts and sources:
Press Office
University of Oxford
on January 09, 2014