The role of the hydrological cycle during abrupt temperature changes is of prime importance for the actual impact of climate change on the continents. In a new study published in Nature Geoscienceonline (January 19, 2014) scientists from the University of Potsdam, Germany and the GFZ German Research Centre for Geosciences show that during the abrupt cooling at the onset of the so-called Younger Dryas period 12680 years ago changes in the water cycle were the main drivers of widespread environmental change in western Europe. 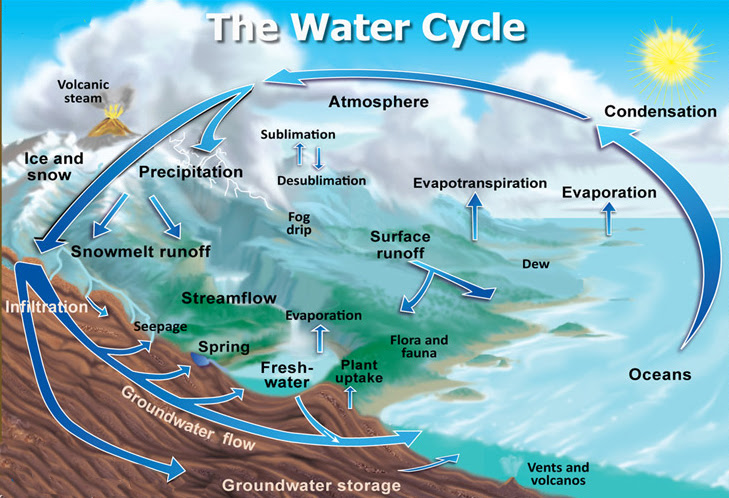 The team of scientists analyzed organic remains extracted from Meerfelder maar lake sediments from the Eifel region, western Germany, to reconstruct changes in precipitation patterns in unprecedented detail. They were able to show that the intrusion of dry polar air into western Europe lead to the collapse of local ecosystems and resulted in the observed widespread environmental changes at that time.

The exact sequence of events during abrupt climate changes occurring over only a few years is one of the great unknowns in paleoclimate research. The new results presented here were obtained by using a novel method, where molecular organic remains derived from plant fossils were extracted from precisely dated annually laminated lake sediments. The ratio of the heavy Deuterium to the light Hydrogen isotopes in these biomarkers can be used to reconstruct changes in precipitation regime and moisture sources with unprecedented detail.

The Younger Dryas period was the last major cold period at the end of the last glaciation with a duration of about 1100 years, when an abrupt change in the pathway of westerly wind systems over Europe lead to massive environmental change within a few years, as GFZ scientists showed in an earlier study.

Dirk Sachse, the head of the workgroup at the Institute of Earth and Environmental Sciences of the Potsdam University explains: "In our new study we can show for the first time that this change in the pathway of westerly wind systems brought dry polar air into western Europe and this was the ultimate cause for the widespread disappearance of forests in the area."

With these new results, the group also supports the hypothesis that this change in atmospheric circulation patterns over western Europe took place 170 years after the onset of cooling, as observed in the Greenland Icecores. The authors attribute this delay to the subsequent southward expansion of sea ice in the North Atlantic following the onset of cooling. This lead to a southward shift of the polar front channeling dry polar air into western Europe.

"Our results also show that abrupt climate and environmental change may not be coeval on large regional scales, but can take place with substantial regional and temporal delays" explains Prof. Achim Brauer from the GFZ German Research Centre for the Geosciences.

The results of this study, which was funded by the German Research Foundation (DFG) through its Emmy-Noether Programme and the Helmholtz Climate Initiative REKLIM, do not only show unequivocally that temperature changes can have regionally different impacts, but also that the water cycle acts as amplifier of change with potentially severe effects on continental ecosystems. As such, the regional impacts of future climate changes can be largely driven by hydrological changes, not only in the monsoonal areas of the world, but also in temperate areas, such as western Europe. The results of this study contribute to the development of higher spatially resolved regional climate models, which will allow for a better prediction of the regional impacts of future climate change.