Prehistoric shell mounds found on some of Florida’s most pristine beaches are at risk of washing away as the sea level rises, wiping away thousands of years of archaeological evidence.

“The largest risk for these ancient treasure troves of information is sea level rise,” said Shawn Smith, a senior research associate with the Center for Ocean-Atmospheric Prediction Studies at Florida State University. 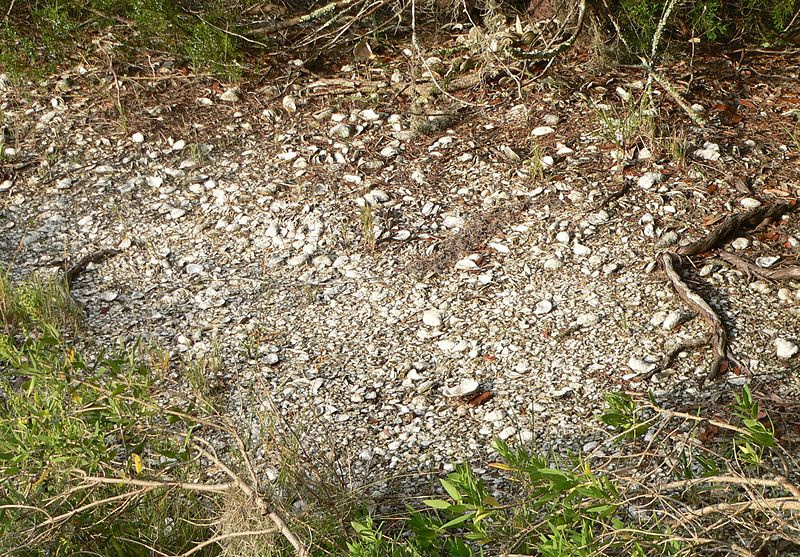 But a joint project between Smith and the National Park Service is drawing attention to the problem to hopefully minimize the impact on the state’s cultural sites.

Smith and Margo Schwadron, an archaeologist with the National Park Service, have embarked on a project to examine past and future changes in climate and how we can adapt to those changes to save areas of shoreline and thus preserve cultural and archaeological evidence.

“We’re kind of the pioneers in looking at the cultural focus of this issue,” Smith said, noting that most weather and ocean experts are concerned about city infrastructure for coastal areas.

The focus of their initial research is the Canaveral National Seashore and Everglades National Park, which both have prehistoric shell mounds, about 50 feet to 70 feet high. Researchers believe these shell mounds served as foundations for structures and settlements and later served as navigational landmarks during European exploration of the region.

Modern temperature and storm system information was easily available to researchers. But, to go hundreds and then thousands of years back took a slightly different approach.

Log books from old Spanish forts as well as ships that crossed the Atlantic had to be examined to find the missing information.

The result was a comprehensive data set for the region, so detailed that modern era weather conditions are now available by the hour.

Smith and Schwadron are trying to secure more funding to continue their work, but for now, they are making their data set available to the general public and other researchers in hopes of raising awareness about the unexpected effects of sea level rise.

The National Park Service has also published a brochure on climate change and the impact that sea level rise could have on the shell mounds found at Cape Canaveral.