Rainforests In Far East Shaped By Humans For The Last 11,000 Years

New research from Queen's University Belfast shows that the tropical forests of South East Asia have been shaped by humans for the last 11,000 years.

The rain forests of Borneo, Sumatra, Java, Thailand and Vietnam were previously thought to have been largely unaffected by humans, but the latest research from Queen's Palaeoecologist Dr Chris Hunt suggests otherwise. 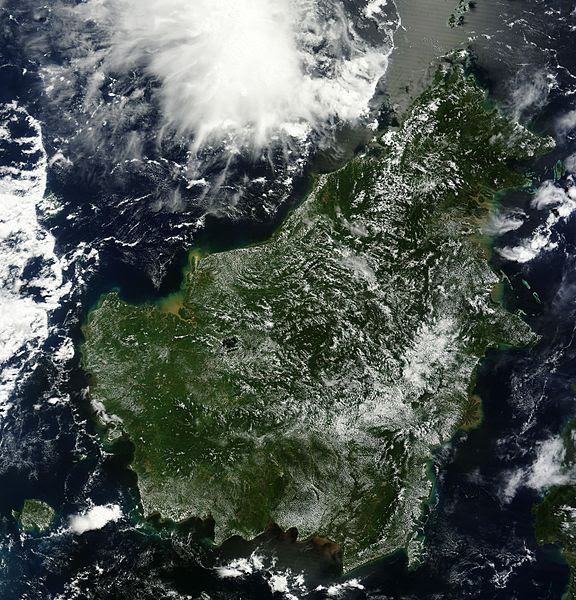 A major analysis of vegetation histories across the three islands and the SE Asian mainland has revealed a pattern of repeated disturbance of vegetation since the end of the last ice age approximately 11,000 years ago.

The research, which was funded by the Arts and Humanities Research Council and the British Academy, is being published in the Journal of Archaeological Science. It is the culmination of almost 15 years of field work by Dr Hunt, involving the collection of pollen samples across the region, and a major review of existing palaeoecology research, which was completed in partnership with Dr Ryan Rabett from Cambridge University.

Evidence of human activity in rainforests is extremely difficult to find and traditional archaeological methods of locating and excavating sites are extremely difficult in the dense forests. Pollen samples, however, are now unlocking some of the region's historical secrets.

Dr Hunt, who is Director of Research on Environmental Change at Queen's School of Geography, Archaeology and Palaeoecology, said: "It has long been believed that the rainforests of the Far East were virgin wildernesses, where human impact has been minimal. Our findings, however, indicate a history of disturbances to vegetation. While it could be tempting to blame these disturbances on climate change, that is not the case as they do not coincide with any known periods of climate change. Rather, these vegetation changes have been brought about by the actions of people.

"There is evidence that humans in the Kelabit Highlands of Borneo burned fires to clear the land for planting food-bearing plants. Pollen samples from around 6,500 years ago contain abundant charcoal, indicating the occurrence of fire. However, while naturally occurring or accidental fires would usually be followed by specific weeds and trees that flourish in charred ground, we found evidence that this particular fire was followed by the growth of fruit trees. This indicates that the people who inhabited the land intentionally cleared it of forest vegetation and planted sources of food in its place.

"One of the major indicators of human action in the rainforest is the sheer prevalence of fast-growing 'weed' trees such as Macaranga, Celtis and Trema. Modern ecological studies show that they quickly follow burning and disturbance of forests in the region.

"Nearer to the Borneo coastline, the New Guinea Sago Palm first appeared over 10,000 years ago. This would have involved a voyage of more than 2,200km from its native New Guinea, and its arrival on the island is consistent with other known maritime voyages in the region at that time – evidence that people imported the Sago seeds and planted them."

The findings have huge importance for ecological studies or rainforests as the historical role of people in managing the forest vegetation has rarely been considered. It could also have an impact on rainforest peoples fighting the advance of logging companies.

Dr Hunt continued: "Laws in several countries in South East Asia do not recognise the rights of indigenous forest dwellers on the grounds that they are nomads who leave no permanent mark on the landscape. Given that we can now demonstrate their active management of the forests for more than 11,000 years, these people have a new argument in their case against eviction."

The full article can be found on the Journal of Archaeological Science website at http://www.sciencedirect.com/science/article/pii/S030544031300441X