"There's a whole light show going on down there, and people never see it."

A green biofluorescent chain catshark (Scyliorhinus retifer). Scientists already knew that some marine organisms fluoresce, including corals and jellyfish, but the NSF-funded study, The Covert World of Biofluorescence is the first reported evidence of widespread biofluorescence among fishes. 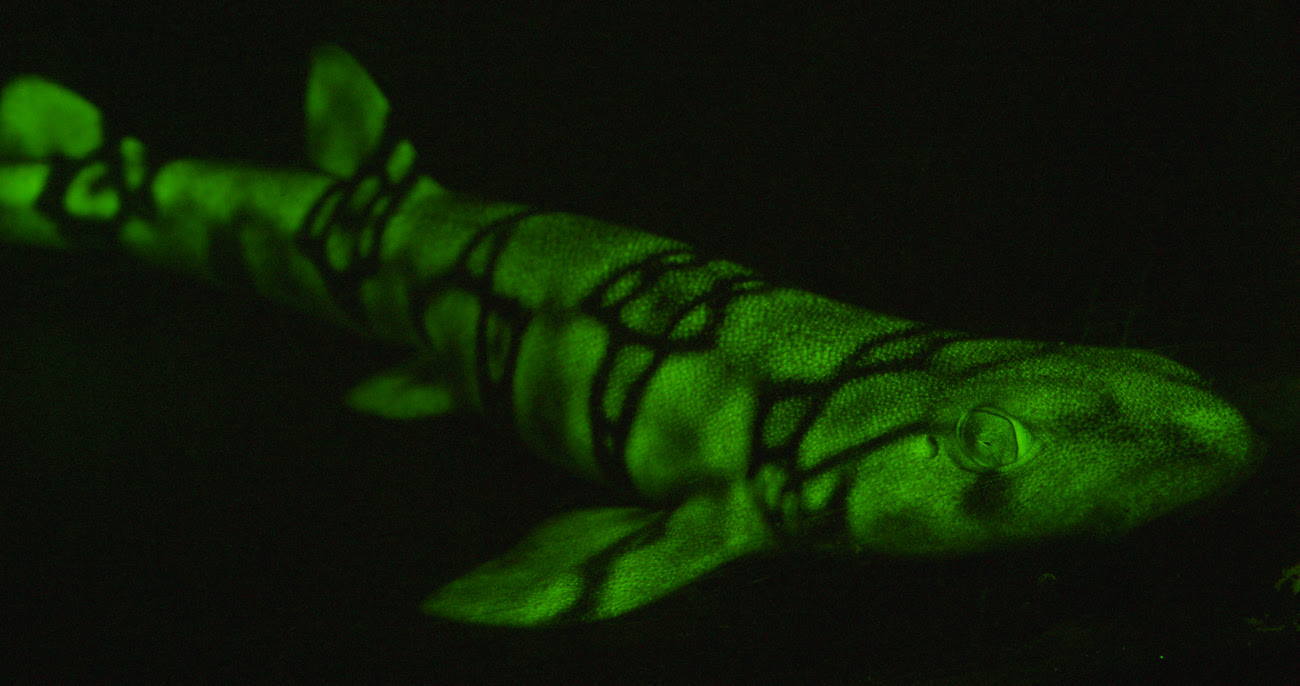 With the help of blue light and special long-pass filters, scientists have uncovered more of the undersea world's secrets. A study published today describes more than 180 species of marine fishes that glow in different colors and patterns, via a process known as biofluorescence.

Scientists already knew that some marine organisms fluoresce, including corals and jellyfish, but this is the first reported evidence of widespread biofluorescence among fishes.

"There's a whole light show going on down there, and people never see it," said one of the study's principal authors, John Sparks, a curator in the American Museum of Natural History's (AMNH) Department of Ichthyology. 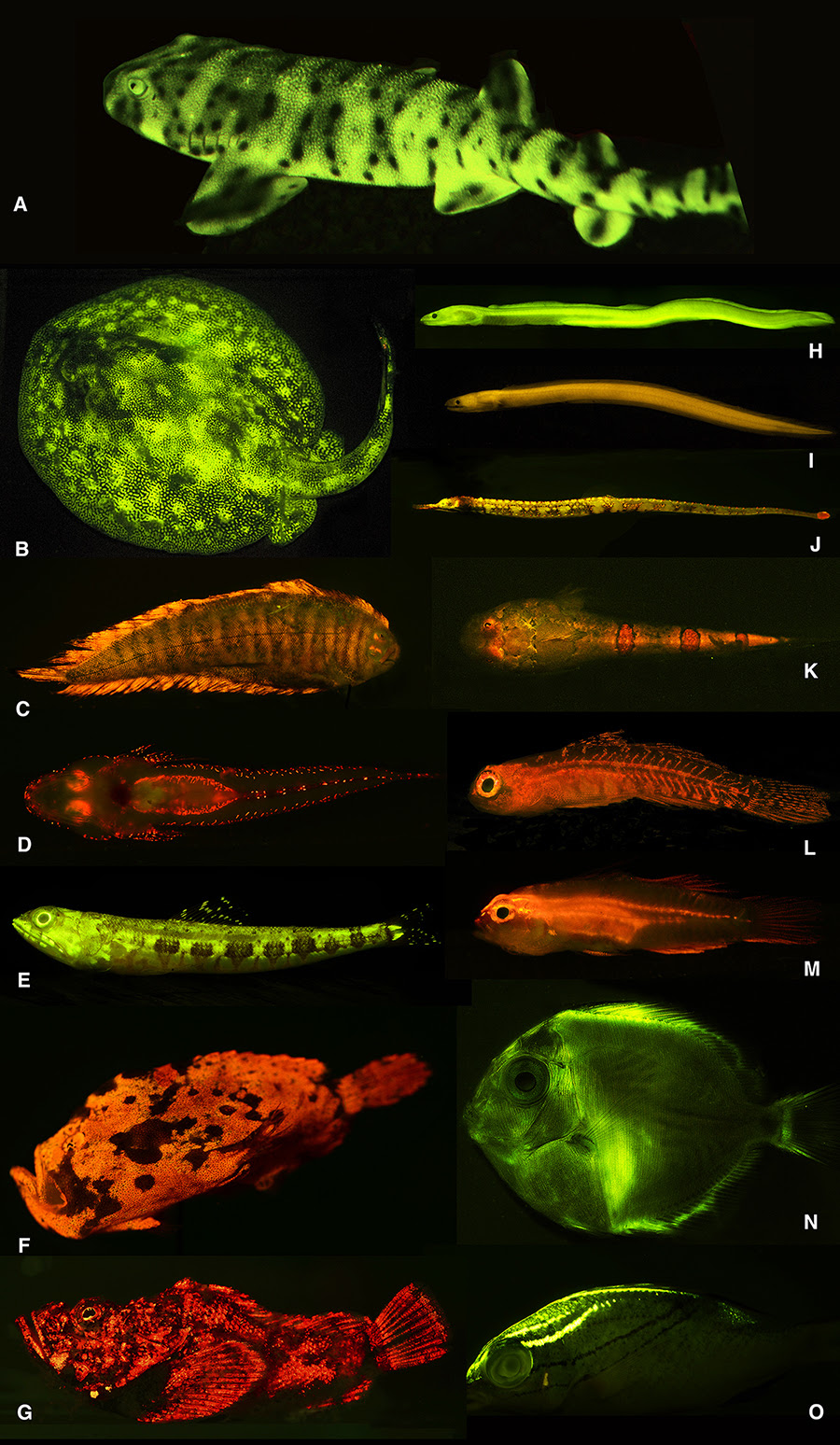 The findings, published in PLOS ONE, will surely lead to new investigations of the function of biofluorescence as well as research related to the evolution and diversification of marine fishes. They could also lead to the discovery of new fluorescent proteins useful in cancer, brain and other biomedical research.

Biofluorescence is a natural process in which organisms absorb light at one intensity, or wavelength, and emit it at a different, usually lower, level--seen as a different color. In the ocean, the researchers found, fishes absorb the higher energy blue light around them and emit it in glowing greens, reds and oranges.

How did the scientists make the discovery? While taking and processing images of biofluorescent coral for an NSF-funded traveling museum exhibit: Creatures of Light: Nature's Bioluminescence, Sparks and AMNH research associate David Gruber (CUNY) were amazed to see, in the background of one image, an eel glowing bright green.

To further explore the phenomenon, they enlisted the help of other researchers and embarked on a series of dive expeditions. Deep underwater near the Bahamas and later the Solomon Islands, the divers shone blue lights on the ocean floor to stimulate intense biofluorescence in fishes. To see through the obliterating veil of blue light, they wore green visors over their masks and equipped their underwater camera lenses with special long-pass filters. (The researchers note that many fishes have long-pass filters in their eyes, which would allow them to see fluorescent displays.) 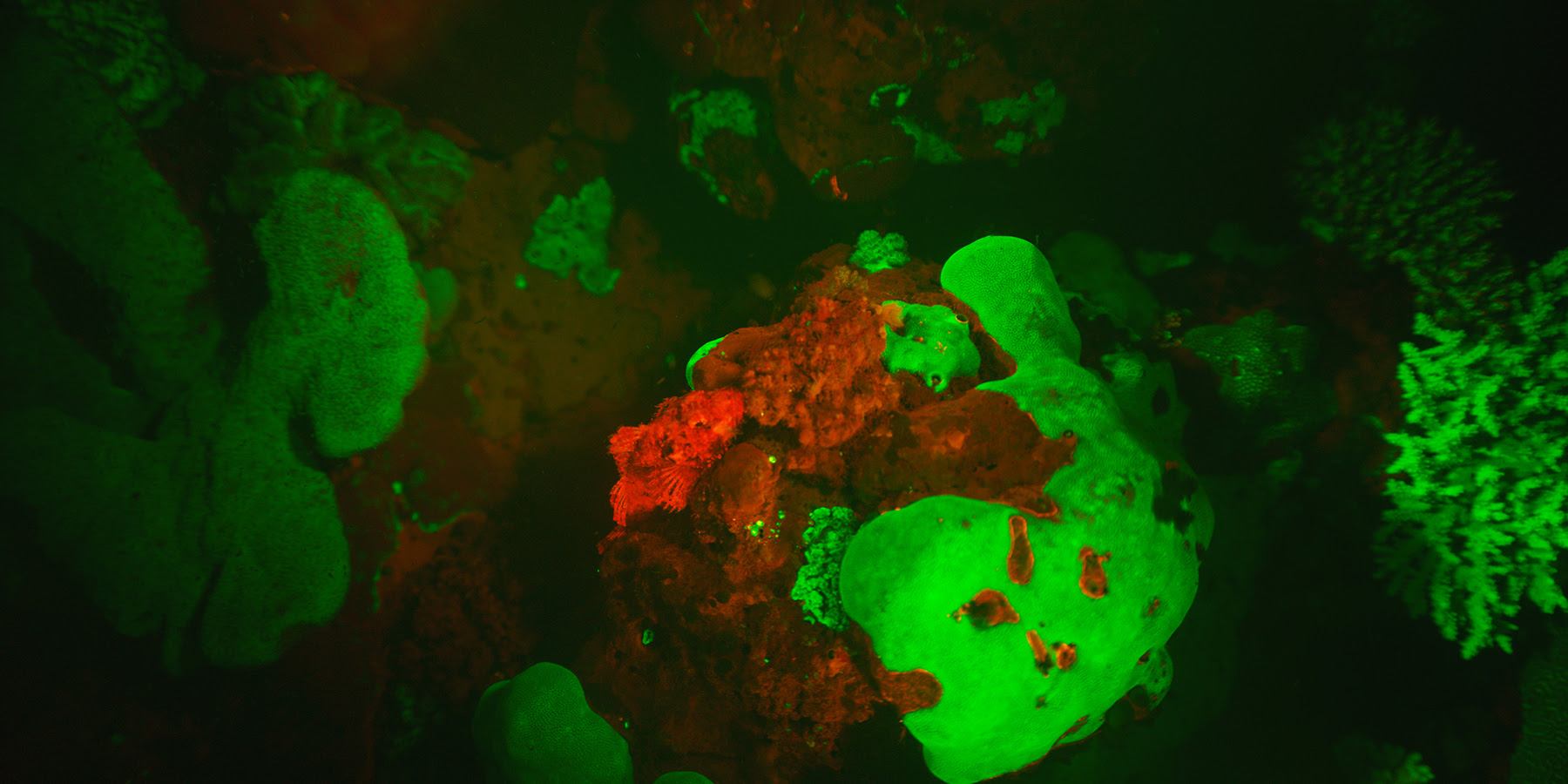 With the resulting images, analyses of some 12,000 specimens the team collected over four expeditions, as well as studies after hours at public aquariums, the research team discovered that biofluorescence is common throughout the tree of life for fishes. The researchers identified biofluorescence in 16 orders, 50 families, 105 genera and more than 180 species of fishes. These include the two main fish groups: cartilaginous (sharks and rays) and bony fishes (eels, lizardfishes, gobies, flatfishes).

"We know now [biofluorescence] is considerably widespread and phenotypically variable in marine fishes," said Sparks. The findings "in essence give us a road map to do fine-scale studies within certain groups to learn more about function" of biofluorescence.

Fish fluoresce in a wide range of patterns--from simple red/orange coloration to green eye rings to more complex, species-specific patterns of interspersed fluorescent elements on the head, jaws, fins, flank and ventrum. In some cases, the fish's entire body fluoresced, including internally. The patterns were most common and variable in fishes that had cryptic coloration, or camouflage, such as eels, gobies and lizardfishes.

A triplefin blennie (Enneapterygius sp.) under white light (above) and blue light (below). Scientists already knew that some marine organisms fluoresce, including corals and jellyfish, but the NSF-funded study, The Covert World of Biofluorescence is the first reported evidence of widespread biofluorescence among fishes. 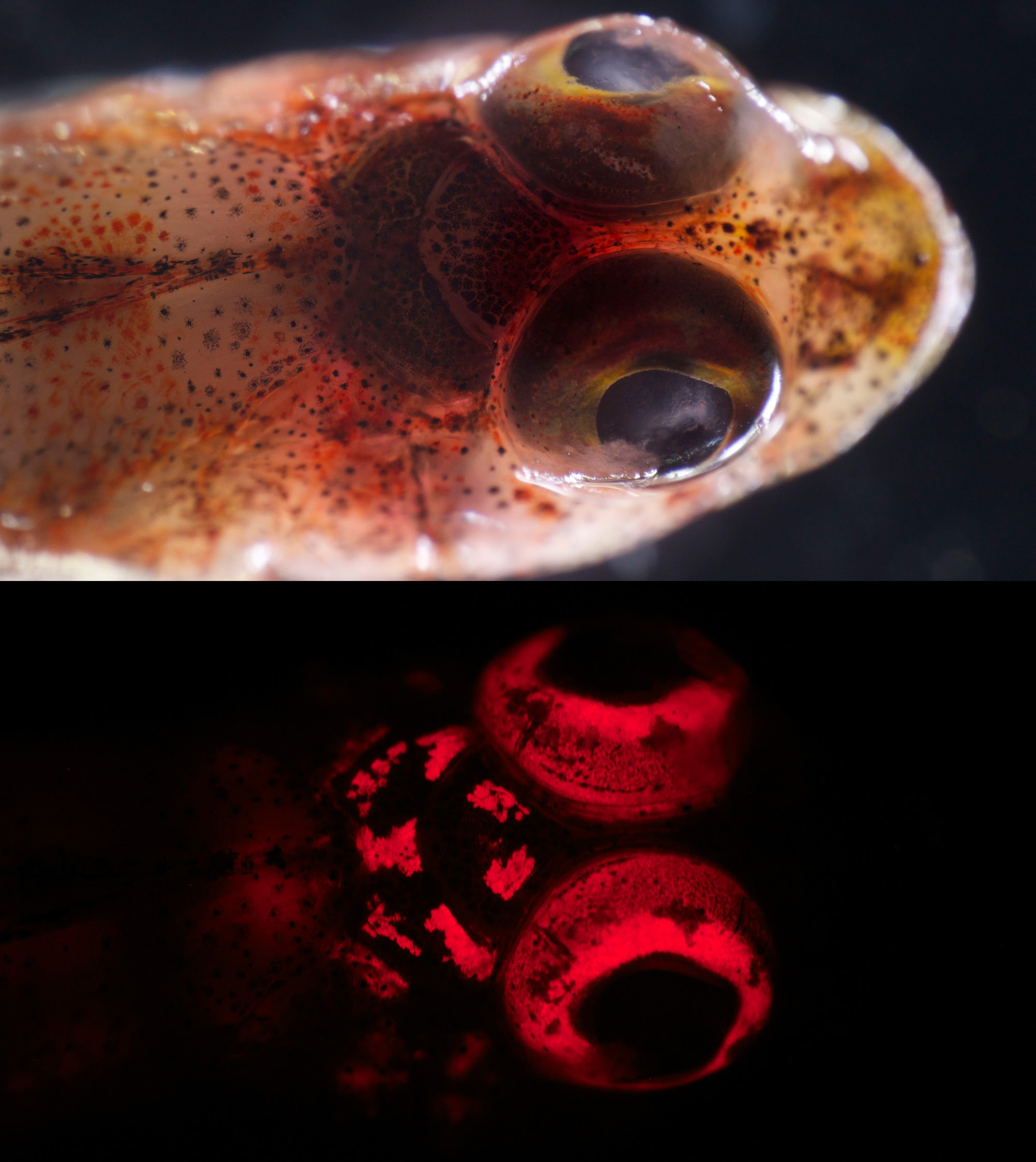 Such findings could mean that fishes use biofluorescence to communicate with other species--differentiating themselves, for example--without signaling predators. This ability could be especially useful during mating rituals under a full moon, when fish are vulnerable to predators.

The AMNH research opens the door to new studies that could yield new proteins for use in biomedical research.

"The discovery of green fluorescent protein in a hydrozoan jellyfish in the 1960s has provided a revolutionary tool for modern biologists, transforming our study of everything from the AIDS virus to the workings of the brain," said co-lead author Gruber. "This study suggests that fish biofluorescence might be another rich reservoir of new fluorescent proteins." 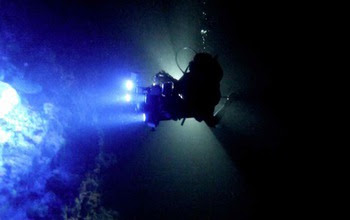 Fluorescent proteins can be injected and used to track cellular functions, neural activity and more.

Email ThisBlogThis!Share to TwitterShare to FacebookShare to Pinterest
Labels: biofluorescence among fishes, Life