If your husband is absent-minded, forgets your wedding anniversary or the name of your new neighbor, don't worry. You are not the only one with a forgetful man in the house. Even researchers were surprised by how much men forget. 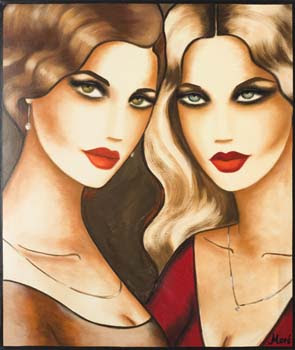 "It was surprising to see that men forget more than women. This has not been documented before. It was also surprising to see that men are just as forgetful whether they are 30 or 60 years old. The results were unambiguous," says Professor Jostein Holmen, from the Norwegian University of Science and Technology (NTNU) in Trondheim. The results were published in BMC Psychology in late 2013.

What did I do one year ago?

Holmen and his co-workers asked nine questions about how well people think they remember as a part of a large longitudinal population health study conducted in mid-Norway called HUNT3.

HUNT3 is one of the largest health studies ever performed, with answers from over 48,000 people as part of the research material.

"We have speculated a lot about why men report more frequent problems with remembering than women do, but have not been able to find an explanation. This is still an unsolved mystery," says Holmen.

Women have the same problems with remembering as men do, but to a lesser extent. Names and dates are also hardest to remember for women.

These problems accelerate with age, but to a much lesser extent than the researchers believed before. Women forget just as much whether they are 30 or 50 years old.

The study also shows that people who are more highly educated forget less than those with less education. People who suffer from anxiety or depression forget more than other people do. This is true for people of both sexes.

Memory problems begin to accelerate overall in the 60-70 year-old group, the researchers found.

Holmen wants to see whether people who self-reported problems with remembering at a younger age are also at a higher risk of developing dementia.

"That was the reason why we included these questions. It is important to emphasize that we still don't know what clinical importance these problems with remembering have. But we might know this in a few years. Problems with remembering at a younger age might not have any importance either. I know this from my own experience, but now I know that I am not alone," Holmen says.

Contacts and sources:
Jostein Holmen
Norwegian University of Science and Technology
on January 22, 2014