Robotic floats armed with revolutionary new sensors will be launched in the Indian Ocean, as part of a new India-Australia research partnership to find out what makes the world's third largest ocean tick - and how both nations can benefit from it. 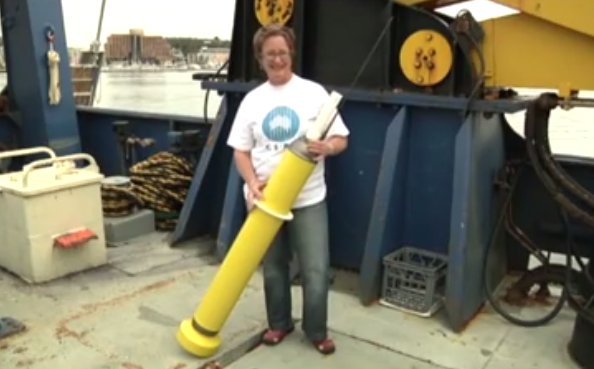 The Indian Ocean contains vast fisheries and mineral resources that are of strategic importance to both Australia and India. It also plays a direct role in driving the climates of its surrounding regions - home to more than 16 per cent of the world's population.

The new 'Bio Argo' floats, to be launched in mid 2014, will enhance the already successful Argo float technology to measure large-scale changes in the chemistry and biology of marine ecosystems below the Indian Ocean's surface.

The Argo floats are a network of 3600 free-floating sensors, operating in open ocean areas that provide real-time data on ocean temperature and salinity.

The 'Bio Argo' floats will include additional sensors for dissolved oxygen, nitrate, chlorophyll, dissolved organic matter, and particle scattering. They will target specific gaps in our understanding of Indian Ocean ecosystems of immediate concern to India and Australia, such as the Bay of Bengal and the waters of north Western Australia.

CSIRO's Dr Nick Hardman-Mountford said the pilot project, led by CSIRO in collaboration with the Indian National Institute of Oceanography (CSIR-NIO) and the Indian National Centre for Ocean Information Services, will improve our understanding of cause and effect in the Indian Ocean's climate and ecosystems.

"By studying the Indian Ocean in this detail, we can investigate the origin and impact of marine heatwaves like the one that devastated the coral reefs and fisheries off north Western Australian in 2011 - and improve our prediction of them in the future," Dr Hardman-Mountford said.

CSIR-NIO Director, Dr Wajih Naqvi, said the novel technological innovation will give researchers from both countries a new understanding of the Indian Ocean.

"We expect the technology being utilised in this project to provide new insights into the biogeochemistry of the Indian Ocean and how it is being impacted by human activities," Dr Naqvi said.

The proposed advances in ocean observation, ecosystem understanding and resources management, which will benefit the entire Indian Ocean Rim, can only occur through collaboration between India and Australia.

"By combining the research capabilities of India and Australia we will see an improved ability to predict and prepare for global climate change, as well as better conservation of marine biodiversity," Dr D'Adamo said.

The $1 million project was funded in part by the Australian Government under the Australia-India Strategic Research Fund.