What The Past Tells Us About Modern Sea-Level Rise

Researchers from the University of Southampton and the Australian National University report that sea-level rise since the industrial revolution has been fast by natural standards and – at current rates – may reach 80cm above the modern level by 2100 and 2.5 metres by 2200.

The team used geological evidence of the past few million years to derive a background pattern of natural sea-level rise. This was compared with historical tide-gauge and satellite observations of sea-level change for the ‘global warming’ period, since the industrial revolution. The study, which was funded by the Natural Environment Research Council (iGlass consortium) and Australian Research Council (Laureate Fellowship), is published in the journal Scientific Reports. 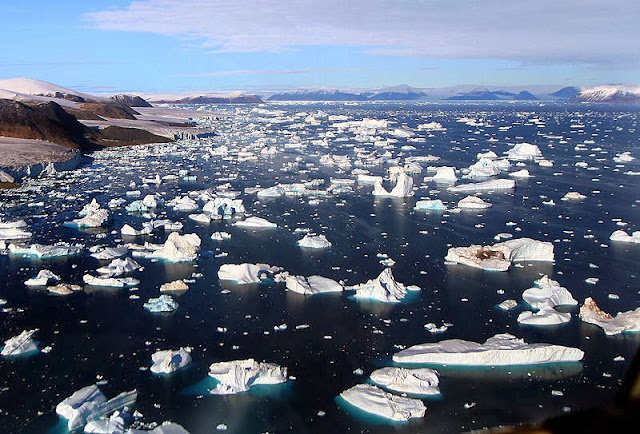 Lead author Professor Eelco Rohling, from the Australian National University and formerly of the University of Southampton, says: “Our natural background pattern from geological evidence should not be confused with a model-based prediction. It instead uses data to illustrate how fast sea level might change if only normal, natural processes were at work. There is no speculation about any new mechanisms that might develop due to man-made global warming. Put simply, we consider purely what nature has done before, and therefore could do again.”

Co-author Dr Gavin Foster, a Reader in Ocean and Earth Science at the University of Southampton, who is based at the National Oceanography Centre, Southampton (NOCS), explains: “Geological data showed that sea level would likely rise by nine metres or more as the climate system adjusts to today’s greenhouse effect. But the timescale for this was unclear. So we studied past rates and timescales of sea-level rise, and used these to determine the natural background pattern.”

Co-author Dr Ivan Haigh, lecturer in coastal oceanography at the University of Southampton and also based at NOCS, adds: “Historical observations show a rising sea level from about 1800 as sea water warmed up and melt water from glaciers and ice fields flowed into the oceans. Around 2000, sea level was rising by about three mm per year. That may sound slow, but it produces a significant change over time.”

The natural background pattern allowed the team to see whether recent sea-level changes are exceptional or within the normal range, and whether they are faster, equal, or slower than natural changes.

Professor Rohling concludes: “For the first time, we can see that the modern sea-level rise is quite fast by natural standards. Based on our natural background pattern, only about half the observed sea-level rise would be expected.

“Although fast, the observed rise still is (just) within the ‘natural range’. While we are within this range, our current understanding of ice-mass loss is adequate. Continued monitoring of future sea-level rise will show if and when it goes outside the natural range. If that happens, then this means that our current understanding falls short, potentially with severe consequences.”

Contacts and sources:
Peter Franklin
University of Southampton
on December 13, 2013