Watching You Through Walls In 3D

Technology could revolutionize gaming, fall detection among the elderly, and more

Imagine playing a video game like Call of Duty or Battlefield and having the ability to lead your virtual army unit while moving freely throughout your house.

Gaming could become this realistic, thanks to new technology developed by Dina Katabi's research group at the MIT Computer Science and Artificial Intelligence Lab (CSAIL) that allows for highly accurate, 3-D motion tracking. The new system, dubbed "WiTrack", uses radio signals to track a person through walls and obstructions, pinpointing her 3-D location to within 10 to 20 centimeters — about the width of an adult hand. 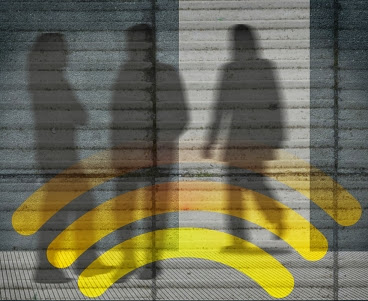 The researchers will present their findings during the Usenix Symposium on Networked Systems Design and Implementation in April 2014.

"Today, if you are playing a game with the Xbox Kinect or Nintendo Wii, you have to stand right in front of your gaming console, which limits the types of games you can play," says Katabi, a professor of computer science and engineering and co-director of the MIT Center for Wireless Networks and Mobile Computing. "Imagine playing an interactive video game that transforms your entire home into a virtual world. The game console tracks you as you run down real hallways away from video game enemies, or as you hide from other players behind couches and walls. This is what WiTrack can bring to video gaming."

Earlier this year, Katabi and her graduate student Fadel Adib unveiled WiVi, a system that detects humans through walls and can track the direction of their movement using WiFi signals. Based on this earlier work, Katabi and Adib developed WiTrack in collaboration with Rob Miller, a professor of computer science and engineering, and graduate student Zach Kabelac. In comparison to WiVi, WiTrack has significantly higher accuracy and can track both two-dimensional and three-dimensional movement using specialized radio waves, as opposed to WiFi signals.

WiTrack operates by tracking specialized radio signals reflected off a person's body to pinpoint location and movement. The system uses multiple antennas: one for transmitting signals and three for receiving. The system then builds a geometric model of the user's location by transmitting signals between the antennas and using the reflections off a person's body to estimate the distance between the antennas and the user. WiTrack is able to locate motion with significantly increased accuracy, as opposed to tracking devices that rely on wireless signals, according to Adib.

"Because of the limited bandwidth, you cannot get very high location accuracy using WiFi signals," Adib says. "WiTrack transmits a very low-power radio signal, 100 times smaller than WiFi and 1,000 times smaller than what your cell phone can transmit. But the signal is structured in a particular way to measure the time from when the signal was transmitted until the reflections come back. WiTrack has a geometric model that maps reflection delays to the exact location of the person. The model can also eliminate reflections off walls and furniture to allow us to focus on tracking human motion."

In other motion-tracking systems, users must carry a wireless device or stand directly in front of the sensing device in order for the device to pick up movement. By using specialized radio signals, WiTrack frees users from wireless devices and allows them to roam spaces freely while still providing high-accuracy localization.

The system's ability to track motion through obstructions could make it particularly useful not only in gaming, but also in tracking elderly patients at high risk of falling. Current approaches to fall detection require individuals to continuously wear sensors or install cameras in the person's home. While WiTrack does not require individuals to wear sensors or install cameras, it can still detect falls with very high accuracy.

The team is currently working on advancing the WiTrack system so that it can track more than one person in motion at a time. The researchers believe the system should be easily adaptable to commercial settings. "The system is not expensive or time-consuming to produce and it could be miniaturized for easier production and use," Kabelac says.