A rare, mummified specimen of the duck-billed dinosaur Edmontosauraus regalis described in the Cell Press journal Current Biology on December 12 shows for the first time that those dinosaurs' heads were adorned with a fleshy comb, most similar to the roosters' red crest.
This image shows Edmontosaurus regalis. 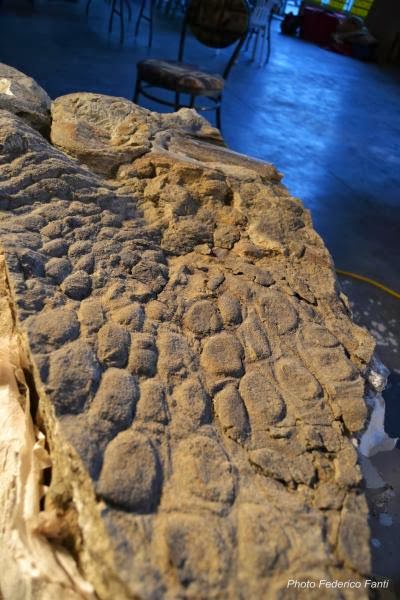 The most common dinosaurs in North America between 75 and 65 million years ago, duck-billed dinosaurs were gentle giants, about 12 meters long, and filled the same ecological role that kangaroos or deer play today. But no one had suspected that they—or other dinosaurs, for that matter—had fleshy structures on the tops of their heads.

"Until now, there has been no evidence for bizarre soft-tissue display structures among dinosaurs; these findings dramatically alter our perception of the appearance and behavior of this well-known dinosaur and allow us to comment on the evolution of head crests in this group," says Phil Bell from Australia's University of New England. "It also raises the thought-provoking possibility of similar crests among other dinosaurs." 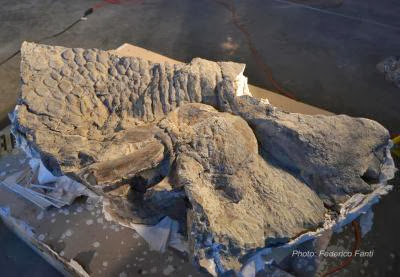 The dinosaur specimen in question was found in deposits west of the city of Grande Prairie in west-central Alberta, Canada. Bell, along with Federico Fanti from the University of Bologna, Italy, knew they had something special when they found skin impressions on parts of the mummified body. But it wasn't until Bell put a chisel through the top of the crest that he realized they really had something incredible.

"An elephant's trunk or a rooster's crest might never fossilize because there's no bone in them," Bell explains. "This is equivalent to discovering for the first time that elephants had trunks. We have lots of skulls of Edmontosaurus, but there are no clues on them that suggest they might have had a big fleshy crest. There's no reason that other strange fleshy structures couldn't have been present on a whole range of other dinosaurs, including T. rex or Triceratops."

This is an Edmontosaurus regalis reconstruction. 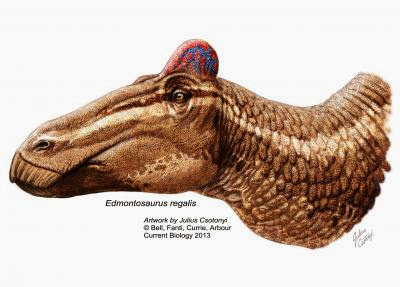 Of course, it's hard to tell what that cocks comb might have done for the duck-billed dinosaurs. In roosters and some other birds, bright red crests are a way to get the girls. "We might imagine a pair of male Edmontosaurus sizing each other up, bellowing, and showing off their head gear to see who was the dominant male and who is in charge of the herd," Bell says.

We may never know exactly, but the new study is a useful reminder of just how bizarre and amazing dinosaurs really were, the researchers say. There is much left to discover.