Tests at two wastewater treatment plants in northern China revealed antibiotic-resistant bacteria were not only escaping purification but also breeding and spreading their dangerous cargo.

Joint research by scientists from Rice, Nankai and Tianjin universities found “superbugs” carrying New Delhi Metallo-beta-lactamase (NDM-1), a multidrug-resistant gene first identified in India in 2010, in wastewater disinfected by chlorination. They found significant levels of NDM-1 in the effluent released to the environment and even higher levels in dewatered sludge applied to soils.

Scientists from Rice, Nankai and Tianjin universities have found signs of drug-resistant bacteria in treated wastewater plants in northern China. Their study suggested the dangerous bacteria were not only escaping purification but also breeding in the treatment plants. 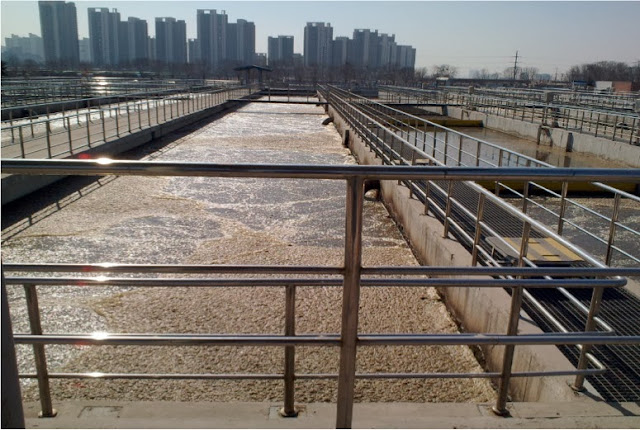 “It’s scary,” Alvarez said. “There’s no antibiotic that can kill them. We only realized they exist just a little while ago when a Swedish man got infected in India, in New Delhi. Now, people are beginning to realize that more and more tourists trying to go to the upper waters of the Ganges River are getting these infections that cannot be treated.

“We often think about sewage treatment plants as a way to protect us, to get rid of all of these disease-causing constituents in wastewater. But it turns out these microbes are growing. They’re eating sewage, so they proliferate. In one wastewater treatment plant, we had four to five of these superbugs coming out for every one that came in.”

Antibiotic-resistant bacteria have been raising alarms for years, particularly in hospital environments where public health officials fear they can be transferred from patient to patient and are very difficult to treat. Bacteria harboring the encoding gene that makes them resistant have been found on every continent except for Antarctica, the researchers wrote.

NDM-1 is able to make such common bacteria as E. coli, salmonella and K. pneumonias resistant to even the strongest available antibiotics. The only way to know one is infected is when symptoms associated with these bacteria fail to respond to antibiotics.

In experiments described in the same paper, Alvarez and his team confirmed the microbes treated by wastewater plants that still carried the resistant gene could transfer it via plasmids to otherwise benign bacteria.

A subsequent study by Alvarez and his colleagues published this month in Environmental Science and Technology defined a method to extract and analyze antibiotic-resistant genes in extracellular and intracellular DNA from water and sediment and applied it to sites in the Haihe River basin in China, which drains an area of intensive antibiotic use. The study showed plasmids persist for weeks in river sediment, where they can invade indigenous bacteria.

“It turns out that they transfer these genetic determinants for antibiotic resistance to indigenous bacteria in the environment, so they are not only proliferating within the wastewater treatment plant, they’re also propagating and dispersing antibiotic resistance,” Alvarez said.

“This calls for us to take a look at these breeding grounds for antibiotic-resistant bacteria and how we might be able to create better barriers than chlorination,” he said. “I think we need to take a serious look at photo-disinfection processes, like ultraviolet disinfection. It has been shown to be more effective on resistant organisms. We also need a better understanding of how these microbes flow through the environment.”