Medical science has known for years that people who drink moderate amounts of alcohol actually have a reduced risk of death. In general, they are healthier and have better cardiovascular function that those who don't drink alcohol at all.

The research, published Dec. 17 in the journal Vaccine, not only opens a new window into scientific understanding of the immune system, it also could help scientists find new ways to improve the human body's ability to respond to vaccines and infections.

The scientists did their research in rhesus macaques, which have an immune system very similar to humans. To conduct the study, the researchers trained a group of 12 rhesus macaques to consume alcohol — a 4 percent ethanol mixture — of their own accord. 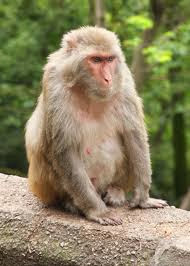 The researchers then monitored the animals' daily ethanol consumption for 14 months. And the animals were vaccinated again, seven months after the experiment began.

“Like humans, rhesus macaques showed highly variable drinking behavior," said Ilhem Messaoudi, the lead author of the paper, a former assistant professor at the Vaccine and Gene Therapy Institute at OHSU and assistant scientist in the Division of Pathobiology and Immunology at the Oregon National Primate Research Center and now an associate professor of biomedical sciences at the University of California, Riverside. "Some animals drank large volumes of ethanol, while others drank in moderation."

The heavy drinkers showed greatly diminished vaccine responses compared with the control group of monkeys who drank the sugar water. But the more surprising finding: the moderate-drinking monkeys displayed enhanced responses to the vaccine compared to the control group. Moderate drinking bolstered their bodies’ immune systems.

“It seems that some of the benefits that we know of from moderate drinking might be related in some way to our immune system being boosted by that alcohol consumption," said Kathy Grant, Ph.D., senior author on the paper, a professor of behavioral neuroscience at OHSU and a senior scientist at the ONPRC.

“If you have a family history of alcohol abuse, or are at risk, or have been an abuser in the past, we are not recommending you go out and drink to improve your immune system,” Messaoudi said. “But for the average person who has, say, a glass of wine with dinner, it does seem in general to improve health and cardiovascular function. And now we can add the immune system to that list."

The next steps for the researchers will be to better understand why the immune system reacts as it does to moderate alcohol. That may lead to a pharmaceutical alternative that could provide the same benefits as the moderate alcohol consumption.

The study was carried out under strict accordance with the recommendations outlined in the Guide for the Care and Use of Laboratory Animals of the National Institutes of Health, the Office of Animal Welfare and the U.S. Department of Agriculture. The study also was approved by the Oregon National Primate Research Center Institutional Animal Care and Use Committee.