Spider webs actively spring towards prey thanks to electrically-conductive glue spread across their surface, Oxford University scientists have discovered.

The researchers found that the electrostatic properties of the glue that coats spider webs causes them to reach out to grab all charged particles, from pollen and pollutants to flying insects. They also showed that the glue spirals can distort the Earth's electric field within a few millimetres of the web, which may enable insects to spot the webs with their antennae 'e-sensors'. 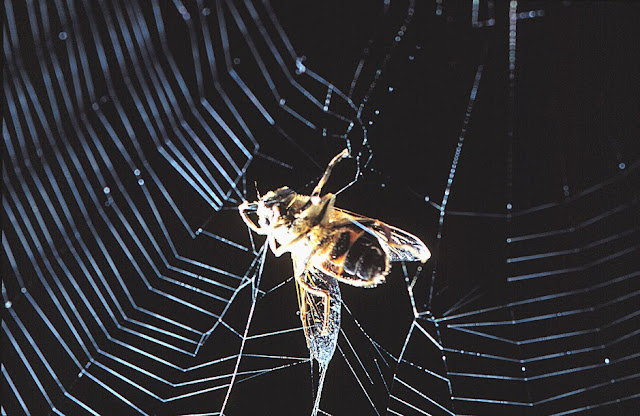 The study, published in Naturwissenschaften, shows how a quirk of physics causes webs to move towards all airborne objects, regardless of whether they are positively or negatively charged. This explains how webs are able to collect small airborne particles so efficiently and why they spring towards insects.

According to the researchers, common garden spider webs around the world could be used for environmental monitoring as they actively filter airborne pollutants with an efficiency comparable to expensive industrial sensors.

'The elegant physics of these webs make them perfect active filters of airborne pollutants including aerosols and pesticides,' said Professor Fritz Vollrath of Oxford University's Department of Zoology, who led the study. 'Electrical attraction drags these particles to the webs, so you could harvest and test webs to monitor pollution levels – for example, to check for pesticides that might be harming bee populations. 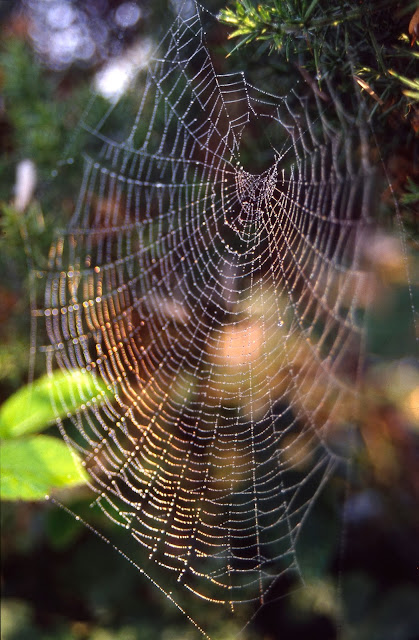 'Even more fascinating, you would be able to detect some airborne chemicals just by looking at the shape of the webs! Many spiders recycle their webs by eating them, and would include any particles and chemicals that are electrically drawn to the web. We already know that spiders spin different webs when on different drugs, for example creating beautiful webs on LSD and terrible webs on caffeine. As a result, the web shapes alone can tell us if any airborne chemicals affect the animal’s behaviour.'

Working with Dr Donald Edmonds from Oxford University's Department of Physics, Professor Vollrath showed that webs like that of the garden cross spider also cause local distortions in the Earth's electric field since they behave like conducting discs. Many insects are able to detect small electrical disturbances, including bees that can sense the electric fields of different flowers and other bees.

'Pretty much all flying insects should be capable of sensing electrical disturbances,' said Professor Vollrath. 'Their antennae act as 'e-sensors' when the tips are connected to the body by insulating materials, meaning the charge at the tip will be different from the rest of the insect. As insects approach charged objects, the tips of their antennae will move by a small amount, which they may be able to feel. Bees already use e-sensors to sense flowers and other bees, so it now remains to be seen whether they might also use them to avoid webs and thus becoming dinner.'

Electrical disturbances caused by spider webs are extremely short-ranged, so it is not yet clear whether insects would be able to sense them before the web snaps out to grab them. Either way, it is clear that electrostatic charges play an important role in the insect world.

'People often underestimate the static electricity that builds up in airborne objects, but it is important at all scales,' said Professor Vollrath. 'The Hindenburg disaster might have been caused by a discharge of static electricity, and helicopters have been known to explode if they discharge suddenly when landing. Everything that moves through the air develops static charge, so it's fascinating to see how spider webs make use of this to actively catch prey. It's a great bonus for us that this also causes them to attract pollutants, making them a cheap and natural way of tracking pesticides and air quality around the world.'