Solar Activity Not A Key Cause Of Climate Change, Study Shows

Climate change has not been strongly influenced by variations in heat from the sun, a new scientific study shows

Climate change has not been strongly influenced by variations in heat from the sun, a new scientific study shows.

The findings overturn a widely held scientific view that lengthy periods of warm and cold weather in the past might have been caused by periodic fluctuations in solar activity.

A solar cycle: a montage of ten years' worth of Yohkoh SXT images, demonstrating the variation in solar activity during a sunspot cycle, from after August 30, 1991, to September 6, 2001. 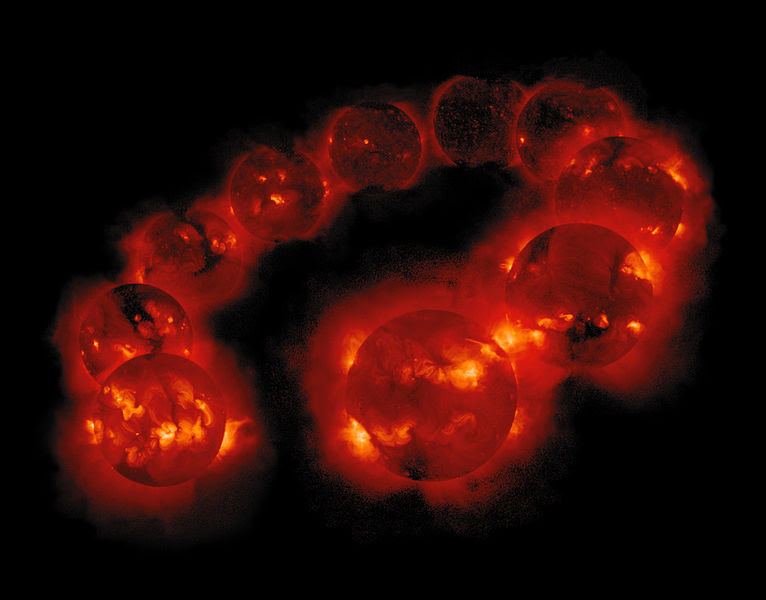 Credit: the Yohkoh mission of ISAS (Japan) and NASA (US).

Research examining the causes of climate change in the northern hemisphere over the past 1000 years has shown that until the year 1800, the key driver of periodic changes in climate was volcanic eruptions. These tend to prevent sunlight reaching the Earth, causing cool, drier weather. Since 1900, greenhouse gases have been the primary cause of climate change.

The findings show that periods of low sun activity should not be expected to have a large impact on temperatures on Earth, and are expected to improve scientists' understanding and help climate forecasting.

Scientists at the University of Edinburgh carried out the study using records of past temperatures constructed with data from tree rings and other historical sources. They compared this data record with computer-based models of past climate, featuring both significant and minor changes in the sun.

They found that their model of weak changes in the sun gave the best correlation with temperature records, indicating that solar activity has had a minimal impact on temperature in the past millennium.

The study, published in Nature GeoScience, was supported by the Natural Environment Research Council.

Dr Andrew Schurer, of the University of Edinburgh's School of GeoSciences, said: "Until now, the influence of the sun on past climate has been poorly understood. We hope that our new discoveries will help improve our understanding of how temperatures have changed over the past few centuries, and improve predictions for how they might develop in future. Links between the sun and anomalously cold winters in the UK are still being explored."

Contacts and sources:
Catriona Kelly
University of Edinburgh
on December 22, 2013