Smoking Up A Storm: Marijuana Consumption In Washington State Is Much Higher Than Previously Estimated, Study Finds

Marijuana consumption in Washington state is about twice as large as previously estimated, according to a new RAND Corporation study.

Using federal data and information from a new survey of marijuana users in Washington state, researchers say marijuana consumption likely will range from 135 metric tons to 225 metric tons during 2013, with 175 metric tons as the median estimate. 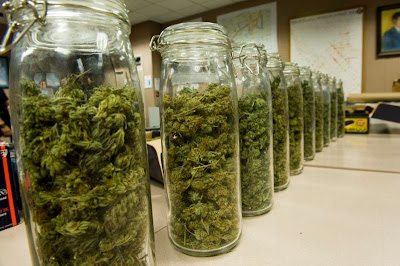 Credit: Toke Of The Town

The Washington Office of Financial Management previously had estimated that marijuana consumption in Washington would be 85 metric tons in 2013. That estimate was based on federal data from 2008 and 2009, which estimated there were 363,000 past-month marijuana users in Washington. The figure for 2010 and 2011 was 556,000.

RAND researchers say understanding the size and composition of the current marijuana market is important to help state policymakers make decisions about the number of marijuana sales licenses to issue, to accurately project tax revenues and provide a foundation for evaluations of the state's legalization of recreational marijuana.

"Updated federal data and information we collected from marijuana users in Washington prompted us to conclude that consumption is significantly larger than previously estimated," said Beau Kilmer, the study's lead author and a senior policy researcher at RAND, a nonprofit research organization. "There is still a lot of uncertainty surrounding marijuana market estimates, but our work used new insights and novel data collection tools to improve upon previous efforts." 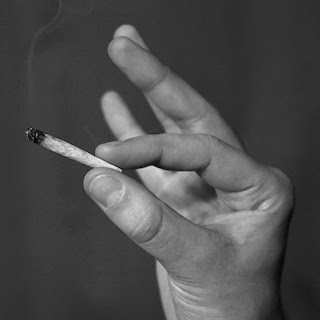 Randy Simmons, the Initiative 502 implementation project manager with the Washington State Liquor Control Board, said researchers shared their insights about marijuana consumption in June and the information was "very useful" as state officials made decisions about production and licenses.

The Washington state marijuana consumption estimates were compiled using information from the federal National Survey on Drug Use and Health, as well as a web-based survey of marijuana users in Washington state compiled by the research team. The online survey included novel approaches such as showing participants photos of marijuana to help them better report the actual quantity that they use.

"The federal National Survey on Drug Use and Health provides useful information about marijuana users, but it does not account for all of them," said Jonathan Caulkins, a study co-author and the Stever Professor of Operations Research and Public Policy at Carnegie Mellon University. "We devoted serious attention to this undercounting issue in the report."

The RAND report estimates marijuana consumption in each of Washington's 39 counties, showing that the state's three most-populous counties (King, Snohomish and Pierce) account for about half of all use.

Support for the study was provided by the state of Washington as part of a contract with BOTEC Analysis Corporation, which advised the state on technical issues related to implementation of legal marijuana in the state.

Voters in Washington approved Initiative 502 in November 2012 that legalized recreational use of marijuana for those aged 21 and older, and requires the state to regulate and tax a new marijuana market. Commercial marijuana stores and associated supply chains are scheduled to begin operating in 2014.

The RAND report, "Before the Grand Opening: Measuring Washington State's Marijuana Market in the Last Year Before Legalized Commercial Sales," is available at http://www.rand.org. Other authors of the report are Jonathan P. Caulkins and Linden Dahlkemper of Carnegie Mellon University, Greg Midgette and Rosalie Liccardo Pacula of RAND, and Robert J. MacCoun of UC Berkeley.

Since 1989, the RAND Drug Policy Research Center has conducted research to help policymakers in the United States and throughout the world address issues involving alcohol and other drugs. In doing so, the center brings an objective and data-driven perspective to an often emotional and fractious policy arena.