Through lotions, shampoos and other personal care products (PCPs), infants and toddlers are likely becoming exposed to potentially harmful substances, called parabens, at an even higher level than adult women in the U.S., researchers have reported. They published their findings on parabens, which have been linked to reproductive and other health issues, in the ACS journal Environmental Science & Technology.

Through lotions, shampoos and other personal care products, infants and toddlers are likely getting exposed to potentially harmful substances called parabens. 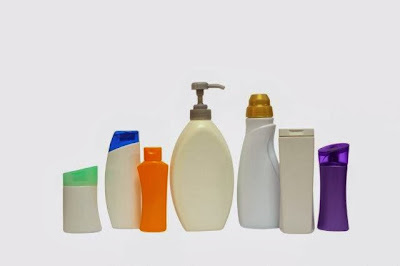 Kurunthachalam Kannan and Ying Guo point out that the substances called phthalates and parabens are used in a wide range of products, from medical devices to children’s toys, as well as PCPs. Phthalates hold in moisture; parabens are used as preservatives. Most people are exposed to them every day — for example, data from the U.S. Centers for Disease Control and Prevention suggests that more than 90 percent of the population is exposed to these substances.

The body breaks them down quickly, but both have been detected in urine, breast milk and blood. Research suggests a link between these substances and health issues in animals and people, such as sperm damage, breast cancer and an increased risk for asthma. In previous studies, Kannan’s team found that food and indoor dust contributed to phthalate exposure to varying degrees, but paraben exposure was low. Now it was time for them to look at a third route of possible exposure — the use of PCPs.

They collected 170 samples of makeup, lotions, shampoos and other products, including 20 items for babies, and tested them for nine phthalates and six parabens. Both substances were found in PCPs. In baby products, phthalate concentrations were low, but parabens were common. When the researchers calculated possible exposure levels, they estimated that the potential daily skin exposure to parabens by infants and toddlers could be as much as two to three times higher than that for adult women.

The authors acknowledge funding from the U.S. Centers for Disease Control and Prevention.

Citation: "A Survey of Phthalates and Parabens in Personal Care Products from the United States and Its Implications for Human Exposure"Environmental Science & Technology
on December 11, 2013