As more reports appear of a grim “post-antibiotic era” ushered in by the rise of drug-resistant bacteria, a new strategy for fighting infection is emerging that targets a patient’s cells rather than those of the invading pathogens.

The technique interferes with the way that the pathogens take over a patient’s cells to cause infection. This approach, published in the journal ACS Chemical Biology, could help address the world’s growing problem of antibiotic-resistant “super bugs.”

To fight harmful bacteria in a “post-antibiotic era,” scientists are developing a new strategy for shutting down infections. 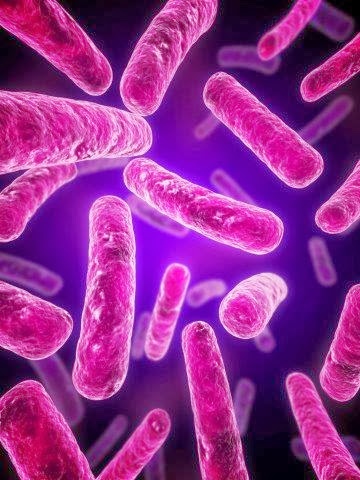 Huib Ovaa, Jacques Neefjes and colleagues explain that the problem of antibiotic-resistant bacteria poses a major public health threat. Health organizations have warned that unless alternatives to classic antibiotics are developed, even infections from minor scrapes could become deadly. Pharmaceutical companies are working on only a few new antibiotics, and they all take the same approach – attack the bacteria. But resistance is always a possibility. To get around this, researchers are now looking more closely at how bacteria co-opt the cells they invade for survival.

These researchers previously reported that at least one set of host cell proteins, called kinases, can control bacterial growth. Ovaa and Neefjes’ team decided to look at another class of proteins, called phosphatases, that act in the opposite way from kinases to see if inhibiting them would have a similar effect.

In lab tests, they identified phosphatases in human cells that are involved in bacterial survival. They also identified small molecules, or potential drugs, that could stop those phosphatases from working. Those molecules, which could form a new class of antibiotics, successfully stopped Salmonella, their test bacteria, from growing. Because this approach jams the host cell machinery rather than directly attacking the bacteria, the chances of bacteria developing resistance could be very low, say the researchers. They also say that the research shows that phosphatases, like kinases, could be general targets for drug development.