How Household Dogs Protect Against Asthma And Infection

Study led by UCSF, U Michigan scientists points to changes in gut microbes

Children's risk for developing allergies and asthma is reduced when they are exposed in early infancy to a dog in the household, and now researchers have discovered a reason why.

Exposure of mice to dust from houses where canine pets are permitted both indoors and outdoors can reshape the community of microbes that live in the mouse gut — collectively known as the gastrointestinal microbiome — and also diminish immune system reactivity to common allergens, according to a new study by researchers led by Susan Lynch, PhD, associate professor with the Division of Gastroenterology at UC San Francisco, and Nicholas Lukacs, PhD, professor with the Department of Pathology at the U Michigan. 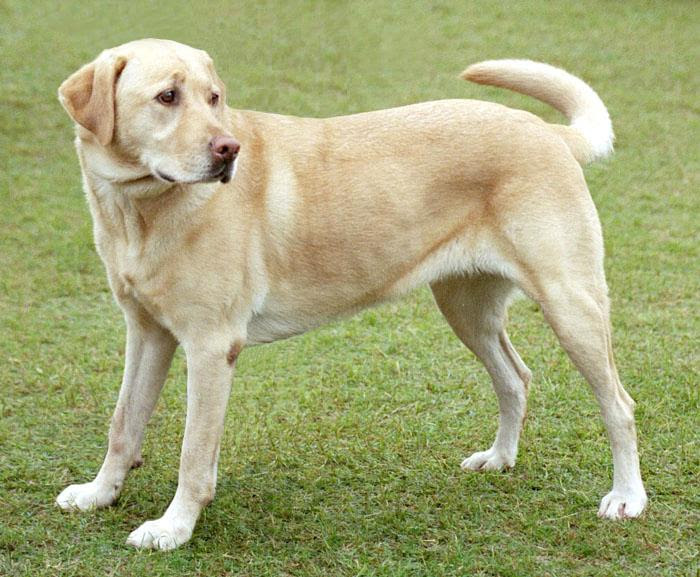 The scientists also identified a specific bacterial species within the gut that is critical to protecting the airways against both allergens and viral respiratory infection.

The study, funded by the National Institute of Allergy and Infectious Diseases (NIAID), is published online this week in the Proceedings of the National Academy of Sciences (PNAS) and involves a multi-disciplinary group of researchers from UCSF, the University of Michigan, Henry Ford Health System and Georgia Regents University.

The results were obtained in studies of mice challenged with allergens after earlier exposure to dust from homes with dogs, but the results also are likely to explain the reduced allergy risk among children raised with dogs from birth, according to the study leaders.

In their study the scientists exposed mice to cockroach or protein allergens. They discovered that asthma-associated inflammatory responses in the lungs were greatly reduced in mice previously exposed to dog-associated dust, in comparison to mice that were exposed to dust from homes without pets or mice not exposed to any dust.

Among the bacterial species in the gut microbiome of these protected mice, the researchers homed in on one, Lactobacillus johnsonii. When they fed it alone to mice, they found it could prevent airway inflammation due to allergens or even respiratory syncytial virus (RSV) infection. Severe RSV infection in infancy is associated with elevated asthma risk.

The researchers showed in this experiment that protection of the lungs' airways was associated with reduced numbers and activity of asthma-associated immune cells.

The level of protection with this single species was less than that obtained with the full complement of dust microbes from dog owners' homes, indicating that other, environmentally sourced bacterial species probably are necessary for full airway protection, Lynch said.

This result suggests that Lactobacillus johnsonii or other species of "good" bacteria might one day be used to reshape the gut microbiome in ways that can prevent the development of asthma or allergies, or perhaps even to treat existing cases, she said.

Lynch's own work and research by several others in the field has led her to become convinced that "the composition and function of the gut microbiome strongly influence immune reactions and present a novel avenue for development of therapeutics for both allergic asthma and a range of other diseases."

The current study demonstrates that changes in the gut microbiome can have wide-reaching effects on immune function beyond the gut, at sites elsewhere in the body, Lynch said.

The team had previously demonstrated that the presence of a dog that roams both inside and outside was associated with a significantly more diverse house dust microbiome that was enriched for species found in the gastrointestinal tract of humans.

After teaming up with Lukacs, an expert on immune responses in lung disease, Lynch said, "We set out to investigate whether being exposed to a distinct house dust microbiome associated with indoor/outdoor dogs mediated a protective effect through manipulation of the gut microbiome and, by extension, the host immune response."

"The results of our study indicate that this is likely to be one mechanism through which the environment influences immune responses in early life, and it is something we are currently examining using human samples in a large multi-institutional collaborative study funded by the NIAID."