Global Temperatures To Rise At Least 4°C By 2100

Global average temperatures will rise at least 4°C by 2100 and potentially more than 8°C by 2200 if carbon dioxide emissions are not reduced according to new research published in Nature. Scientists found global climate is more sensitive to carbon dioxide than most previous estimates. 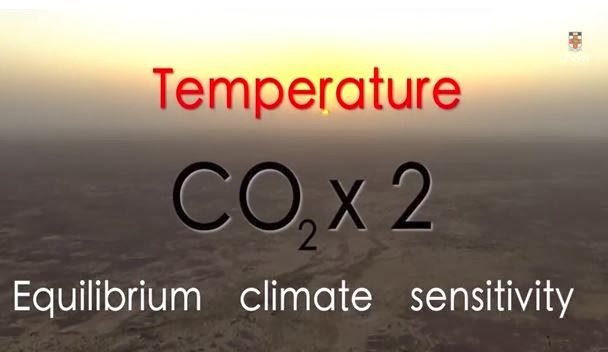 The research also appears to solve one of the great unknowns of climate sensitivity, the role of cloud formation and whether this will have a positive or negative effect on global warming.

Prof Steve Sherwood explains research into cloud mixing that indicates our climate is highly sensitive to a doubling of carbon dioxide. His findings suggest Equilibrium Climate Sensitivity is at least 3°C. As a result, unless we curb emissions, global temperatures will rise 4°C by 2100 and more than 8°C by 2200.

“Our research has shown climate models indicating a low temperature response to a doubling of carbon dioxide from preindustrial times are not reproducing the correct processes that lead to cloud formation," said lead author from the University of New South Wales’ Centre of Excellence for Climate System Science Prof Steven Sherwood.

The key to this narrower but much higher estimate can be found in the real world observations around the role of water vapour in cloud formation.

Observations show when water vapour is taken up by the atmosphere through evaporation, the updraughts can either rise to 15 km to form clouds that produce heavy rains or rise just a few kilometres before returning to the surface without forming rain clouds.

When updraughts rise only a few kilometres they reduce total cloud cover because they pull more vapour away from the higher cloud forming regions.

However water vapour is not pulled away from cloud forming regions when only deep 15km updraughts are present.

The researchers found climate models that show a low global temperature response to carbon dioxide do not include enough of this lower-level water vapour process. Instead they simulate nearly all updraughts as rising to 15 km and forming clouds.

When only the deeper updraughts are present in climate models, more clouds form and there is an increased reflection of sunlight. Consequently the global climate in these models becomes less sensitive in its response to atmospheric carbon dioxide.

However, real world observations show this behaviour is wrong.

When the processes in climate models are corrected to match the observations in the real world, the models produce cycles that take water vapour to a wider range of heights in the atmosphere, causing fewer clouds to form as the climate warms.

This increases the amount of sunlight and heat entering the atmosphere and, as a result, increases the sensitivity of our climate to carbon dioxide or any other perturbation.

The result is that when water vapour processes are correctly represented, the sensitivity of the climate to a doubling of carbon dioxide - which will occur in the next 50 years – means we can expect a temperature increase of at least 4°C by 2100.

“Climate sceptics like to criticize climate models for getting things wrong, and we are the first to admit they are not perfect, but what we are finding is that the mistakes are being made by those models which predict less warming, not those that predict more,” said Prof. Sherwood.

“Rises in global average temperatures of this magnitude will have profound impacts on the world and the economies of many countries if we don’t urgently start to curb our emissions.