Researchers at The University of Texas at Austin have proposed the first design of a cloaking device that uses an external source of energy to significantly broaden its bandwidth of operation.

Andrea Alù, associate professor in the Department of Electrical and Computer Engineering at the Cockrell School of Engineering, and his team have proposed a design for an active cloak that draws energy from a battery, allowing objects to become undetectable to radio sensors over a greater range of frequencies. 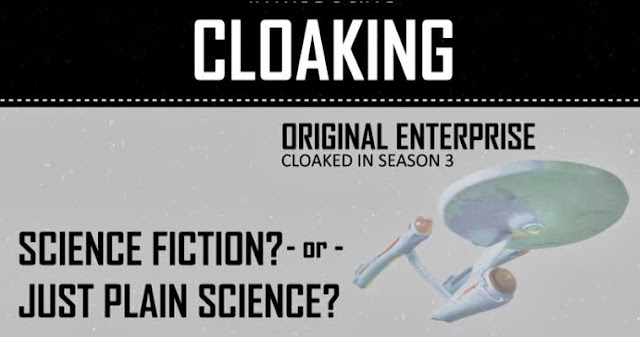 The team’s paper, “Broadening the Cloaking Bandwidth with Non-Foster Metasurfaces,” was published Dec. 3 in Physical Review Letters. Alù, researcher Pai-Yen Chen and postdoctoral research fellow Christos Argyropoulos co-authored the paper. Both Chen and Argyropoulos were at UT Austin at the time this research was conducted. The proposed active cloak will have a number of applications beyond camouflaging, such as improving cellular and radio communications, and biomedical sensing.

Cloaks have so far been realized with so-called passive technology, which means that they are not designed to draw energy from an external source. They are typically based on metamaterials (advanced artificial materials) or metasurfaces (flexible, ultrathin metamaterials) that can suppress the scattering of light that bounces off an object, making an object less visible. When the scattered fields from the cloak and the object interfere, they cancel each other out, and the overall effect is transparency to radio-wave detectors. They can suppress 100 times or more the detectability at specific design frequencies. Although the proposed design works for radio waves, active cloaks could one day be designed to make detection by the human eye more difficult.

“Many cloaking designs are good at suppressing the visibility under certain conditions, but they are inherently limited to work for specific colors of light or specific frequencies of operation,” Alù said. In this paper, on the contrary, “we prove that cloaks can become broadband, pushing this technology far beyond current limits of passive cloaks. I believe that our design helps us understand the fundamental challenges of suppressing the scattering of various objects at multiple wavelengths and shows a realistic path to overcome them.”

The proposed active cloak uses a battery, circuits and amplifiers to boost signals, which makes possible the reduction of scattering over a greater range of frequencies. This design, which covers a very broad frequency range, will provide the most broadband and robust performance of a cloak to date. Additionally, the proposed active technology can be thinner and less conspicuous than conventional cloaks.

In a related paper, published in Physical Review X in October, Alù and his graduate student Francesco Monticone proved that existing passive cloaking solutions are fundamentally limited in the bandwidth of operation and cannot provide broadband cloaking. When viewed at certain frequencies, passively cloaked objects may indeed become transparent, but if illuminated with white light, which is composed of many colors, they are bound to become more visible with the cloak than without. The October paper proves that all available cloaking techniques based on passive cloaks are constrained by Foster’s theorem, which limits their overall ability to cancel the scattering across a broad frequency spectrum.

In contrast, an active cloak based on active metasurfaces, such as the one designed by Alù’s team, can break Foster’s theorem limitations. The team started with a passive metasurface made from an array of metal square patches and loaded it with properly positioned operational amplifiers that use the energy drawn from a battery to broaden the bandwidth.

“In our case, by introducing these suitable amplifiers along the cloaking surface, we can break the fundamental limits of passive cloaks and realize a ‘non-Foster’ surface reactance that decreases, rather than increases, with frequency, significantly broadening the bandwidth of operation,” Alù said.

The researchers are continuing to work both on the theory and design behind their non-Foster active cloak, and they plan to build a prototype.

Alù and his team are working to use active cloaks to improve wireless communications by suppressing the disturbance that neighboring antennas produce on transmitting and receiving antennas. They have also proposed to use these cloaks to improve biomedical sensing, near-field imaging and energy harvesting devices.

Contacts and sources:
Sandra Zaragoza
University of Texas at Austin
on December 19, 2013