As the Fukushima crisis continues to remind the world of the potential dangers of nuclear disposal and unforeseen accidents, scientists are reporting progress toward a new way to detect the radioactive materials uranium and plutonium in waste water. Their report on the design of a highly sensitive nanosensor appears in ACS’ The Journal of Physical Chemistry C.

Detecting single molecules of radioactive materials uranium and plutonium in nuclear waste water could become possible with development of a novel nanosensor. 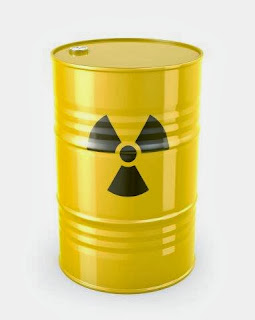 Jorge M. Seminario and Narendra Kumar note that it is highly likely that radioactive uranium and plutonium have leaked into the soil and groundwater near nuclear facilities. This contamination poses a serious threat to the environment and human health. Although detecting these materials even at low levels is important for determining whether a leak is occurring, traditional methods of doing so are not effective. But recently, scientists have discovered that radioactive materials in water can clump onto flakes of graphene oxide (GO). Based on theoretical models and calculations, researchers predicted that GO could sense and identify extremely low levels — single molecules — of various substances. Seminario’s team set out to see how best to adapt this for uranium and plutonium sensing.

Using the latest advances in supercomputing, they modeled several different variations of GO to figure out which one would be the most sensitive and selective in detecting uranium and plutonium in nuclear waste water. They concluded that attaching something called a carbonyl functional group to GO would serve as an effective nanosensor for these radioactive materials.