Astronomers, including Carnegie's Yuri Beletsky, took precise measurements of the closest pair of failed stars to the Sun, which suggest that the system harbors a third, planetary-mass object.The research is published as a letter to the editor in Astronomy & Astrophysics available online at http://arxiv.org/abs/1312.1303. 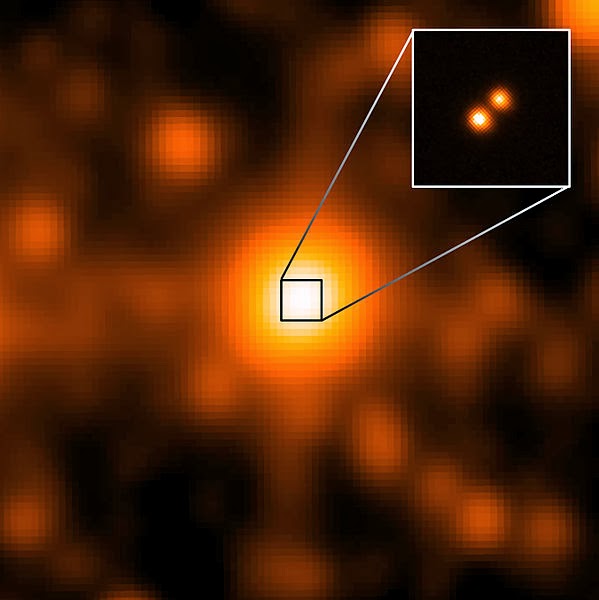 Failed stars are known as brown dwarfs and have a mass below 8% of the mass of the Sun—not massive enough to burn hydrogen in their centers. This particular system, Luhman 16AB, was discovered earlier this year and is only 6.6 light-years away.

After the discovery announcement, several teams of astronomers, including the one with Beletsky, used a variety of telescopes to characterize the neighbouring couple.

After two-months of observations and extensive data analysis, Beletsky's team, led by Henri Boffin of the European Southern Observatory (ESO), found that both objects have a mass between 30 and 50 Jupiter masses. By comparison, the Sun has a mass of about 1,000 Jupiter masses. 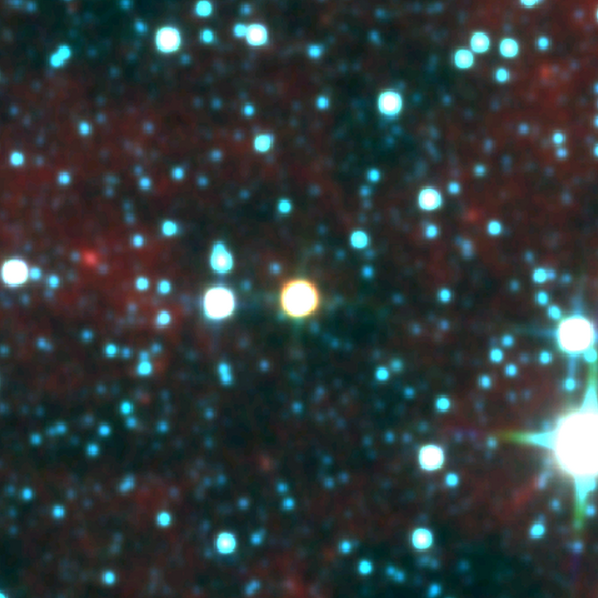 "The two brown dwarfs are separated by about three times the distance between the Earth and the Sun. Binary brown dwarf systems are gravitationally bound and orbit about each other. Because these two dwarfs have so little mass, they take about 20 years to complete one orbit," explained Beletsky.

The team used the FORS2 instrument on ESO's Very Large Telescope at Paranal to image the brown dwarf couple in the best possible conditions, every 5 or 6 days over the period April 14, to June 22, 2013. Because of the instrument enabled the observers to make very precise measurements, the scientists were already able to detect tiny displacements of the two objects in their orbit during only this the two-month period.

The astronomers were able to measure the positions of the two brown dwarfs with ten times better accuracy than before and thereby detect even small perturbations of their orbit.

The measurements were so fine that the astronomers were able to see some very small deviations from the expected motion of the two brown dwarfs around each other. The fact that the deviations appear correlated is a strong indication that a companion perturbs the motion of one of the two brown dwarfs. This companion is most likely a planetary-mass object, which has an orbital period between two months and a year.

"Further observations are required to confirm the existence of a planet," concludes Boffin. "But it may well turn out that the closest brown dwarf binary system to the Sun turns out to be a triple system!"