From 2000 to 2010, about 1,900 cyclones churned across the top of the world each year, leaving warm water and air in their wakes—and melting sea ice in the Arctic Ocean.

That's about 40 percent more than previously thought, according to a new analysis of these Arctic storms. 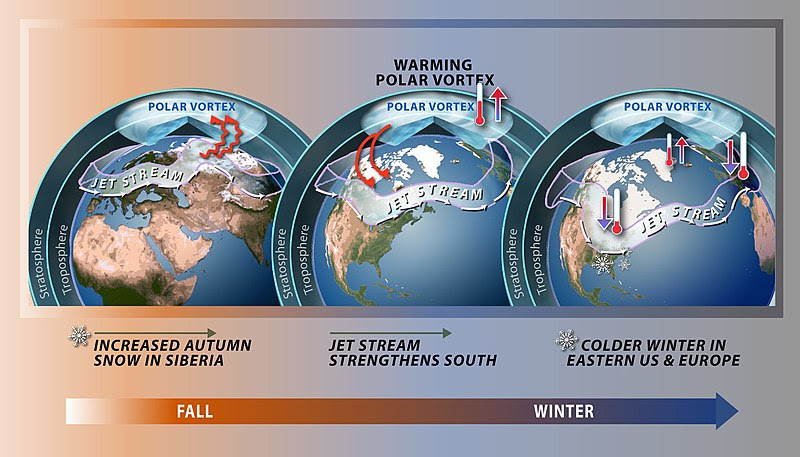 A 40 percent difference in the number of cyclones could be important to anyone who lives north of 55 degrees latitude—the area of the study, which includes the northern reaches of Canada, Scandinavia and Russia, along with the state of Alaska.

The finding is also important to researchers who want to get a clear picture of current weather patterns, and a better understanding of potential climate change in the future, explained David Bromwich, professor of geography at The Ohio State University and senior research scientist at the Byrd Polar Research Center.

The study was presented Thursday, Dec. 12 at the American Geophysical Union meeting, in a poster co-authored by his colleagues Natalia Tilinina and Sergey Gulev of the Russian Academy of Sciences and Moscow State University.

"We now know there were more cyclones than previously thought, simply because we've gotten better at detecting them," Bromwich said.

Cyclones are zones of low atmospheric pressure that have wind circulating around them. They can form over land or water, and go by different names depending on their size and where they are located. In Columbus, Ohio, for instance, a low-pressure system in December would simply be called a winter storm. Extreme low-pressure systems formed in the tropical waters can be called hurricanes or typhoons.

How could anyone miss a storm as big as a cyclone? You might think they are easy to detect, but as it turns out, many of the cyclones that were missed were small in size and short in duration, or occurred in unpopulated areas. Yet researchers need to know about all the storms that have occurred if they are to get a complete picture of storm trends in the region.

"We can't yet tell if the number of cyclones is increasing or decreasing, because that would take a multidecade view. We do know that, since 2000, there have been a lot of rapid changes in the Arctic—Greenland ice melting, tundra thawing—so we can say that we're capturing a good view of what's happening in the Arctic during the current time of rapid changes," Bromwich said.

"There is actually so much information, it's hard to know what to do with it all. Each piece of data tells a different part of the story—temperature, air pressure, wind, precipitation—and we try to take all of these data and blend them together in a coherent way," Bromwich said.

The actual computations happen at the Ohio Supercomputer Center, and the combined ASR data are made publicly available to scientists.

Two such scientists are cyclone experts Tilinina and Gulev, who worked with Bromwich to look for evidence of telltale changes in wind direction and air pressure in the ASR data. They compared the results to three other data re-analysis groups, all of which combine global weather data.

"We found that ASR provides new vision of the cyclone activity in high latitudes, showing that the Arctic is much more densely populated with cyclones than was suggested by the global re-analyses," Tilinina said.

When they narrowed their search to cyclones that occurred directly over the Arctic Ocean, they found more than 200 per year in ERA-Interim, and a little over 300 per year in ASR.

There was good agreement between all the data sets when it came to big cyclones, the researchers found, but the Arctic-centered ASR appeared to catch smaller, shorter-lived cyclones that escaped detection in the larger, global data sets. The ASR data also provided more detail on the biggest cyclones, capturing the very beginning of the storms earlier and tracking their decay longer.

"When a cyclone goes over water, it mixes the water up. In the tropical latitudes, surface water is warm, and hurricanes churn cold water from the deep up to the surface. In the Arctic, it's the exact opposite: there's warmer water below, and the cyclone churns that warm water up to the surface, so the ice melts."

As an example, he cited the especially large cyclone that hit the Arctic in August 2012, which scientists believe played a significant role in the record retreat of sea ice that year.