Less than 20 miles from the site where melting ice exposed the 5,000-year-old body of Ötzi the Iceman, scientists have discovered new and compelling evidence that the Italian Alps are warming at an unprecedented rate.

Part of that evidence comes in the form of a single dried-out leaf from a larch tree that grew thousands of years ago.

Researchers at The Ohio State University and their colleagues discovered this 2,600-year-old larch leaf buried in ice atop Mt. Ortles. 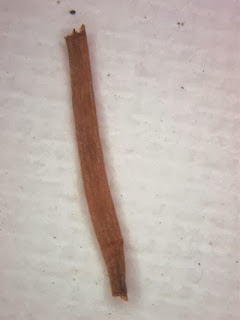 A six-nation team of glaciologists led by The Ohio State University drilled a set of ice cores from atop Mt. Ortles in northern Italy, and described their early findings on Monday, Dec. 9 at the American Geophysical Union meeting in San Francisco.

The Alto dell'Ortles glacier, which did not show signs of melting for thousands of years, now appears to be shifting away from a constantly below-freezing state to one where its upper layers are at the melting point throughout the year, said project leader Paolo Gabrielli, research scientist at Byrd Polar Research Center at Ohio State.

As they drilled into the glacier in 2011, Gabrielli and his team discovered that the first 100 feet (about 30 meters) of the glacier was composed of "firn"—grainy, compacted snow that had partly melted. Below that, they found nothing but solid and colder ice all the way down to the frozen bedrock.

That suggests that snow was accumulating on the mountaintop and was compacted into ice for thousands of years without ever melting—until about 30 years ago, which is when each year's new deposit of snow began melting.

The researchers know that the glacier had previously remained unchanged for a very long time—in part because of the preserved larch leaf, which they found wedged into the ice well beyond the firn layer, around 240 feet beneath the surface and encased in solid ice. They identified the leaf as belonging to Larix decidua, or the European larch.

Carbon dating determined it to be around 2,600 years old. That means that Ötzi had already been dead for more than two millennia when this particular larch tree grew, though it was not far from his resting place.

"The leaf supports the idea that prehistoric ice is still present at the highest elevations of the region," Gabrielli said.

The researchers are just beginning to chemically analyze the ice cores they retrieved. Trace metals and dust sealed in the ice will give more detailed clues to the climatic conditions when the ice was formed.

This image shows eaves of a modern larch tree. 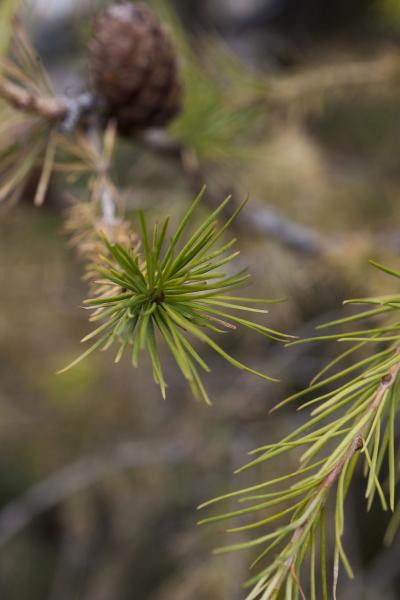 Gabrielli added that the cores are unique in the European Alps, because the winter and summer layers of ice accumulation are easily identifiable, offering the promise of a high-resolution climate record.

Of particular interest to the researchers is why temperatures in the Alps are increasing at twice the global rate. As the highest glacier in the eastern Alps (2.4 miles, or 3.9 km, above sea level), Alto dell'Ortles is located in the heart of Europe—one of the most industrialized and populated areas of the world. The team will investigate whether soot emitted by human activities in central and southern Europe plays a role—perhaps by darkening the surface of the glacier, absorbing the sun's heat and melting ice.

"Ortles offers us the unique possibility to closely verify if and how regional environmental changes can interact with climatic changes of global significance," Gabrielli said.

This work was partly funded by the National Science Foundation.

The poster, "A high altitude paleoclimate record from an ice core retrieved at the northern margin of the Mediterranean basin," was shown on Dec. 9 in Moscone South Hall A-C.