More than 600,000 bats were killed by wind energy turbines in 2012, a serious blow to creatures who pollinate crops and help control flying insects, according to a new study from the University of Colorado Denver.

"The development and expansion of wind energy facilities is a key threat to bat populations in North America," said study author Mark Hayes, PhD, research associate in integrated biology at CU Denver. "Dead bats are being found underneath wind turbines across North America. The estimate of bat fatalities is probably conservative." 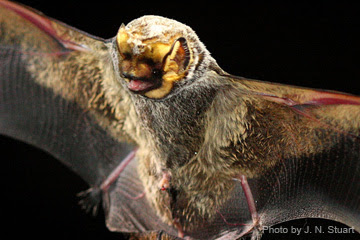 The study, which analyzed data on the number of dead bats found at wind turbine sites, will be published next week in the journal BioScience.

Hayes said areas near the Appalachian Mountains like Buffalo, Tennessee and Mountaineer, West Virginia had the highest bat fatality rates. Little information is available on bat deaths at wind turbine facilities in the Rocky Mountain West or the Sierra Nevadas.

The bats are killed when they fly into the towering turbines which spin at up to 179 mph with blades that can stretch 130 feet. Earlier estimates of bat deaths ranged from 33,000 to 880,000.


The Shepherds Flat Wind Farm is an 845 MW wind farm in the U.S. state of Oregon. 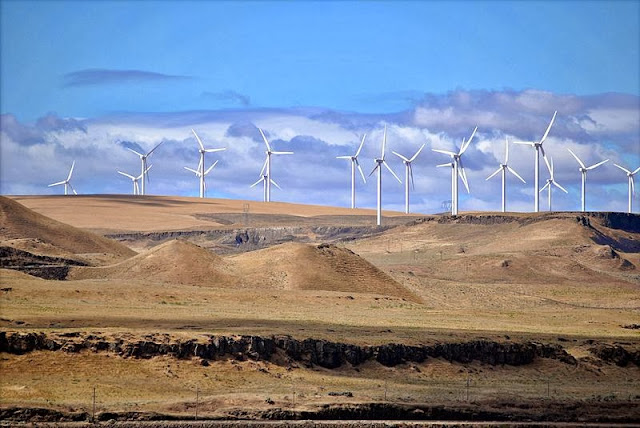 Hayes said his estimates are likely conservative for two reasons. First, when a range of fatality estimates were reported at a wind facility, he chose the minimum estimate. Secondly, the number of deaths was estimated for just migratory periods, not the entire year, likely leaving out many other fatalities.

There are 45 known bat species in the contiguous U.S., many of which have important economic impacts. Not only do they control flying insects like mosquitoes, they also pollinate commercial crops, flowers and various cacti.

Those suffering the most fatalities are the hoary bat, eastern bat and the silver-haired bat.

Hayes said there ways to mitigate the killings. One is to have the turbines activated to spin at higher wind speeds when bats don't tend to fly.

"A lot of bats are killed because the turbines move at low wind speeds, which is when most bats fly around," said Hayes, who has studied bats for 15 years. "In a recent study in Pennsylvania, researchers adjusted the operating speeds from 10 mph to 18 or 20 mph and decreased fatalities by 40 to 90 percent."

Hayes said with the expansion of wind energy in the future, more bats will likely die.

"I am not against wind energy. It's clean, it reduces pollution and it creates jobs. But there are negative impacts," he said. "Still, I think this is a problem we can solve."