It is possible to affect how someone will think or act simply by priming that person with just a single word, according to a new study in the Journal of Consumer Research that examines the use of homophones in written advertising.

"We show that mentally distracted people will think of purchasing, or 'buy' when reading 'bye.' When the concept of purchasing is primed by reading 'bye,' consumers may be willing to pay more for a product or service," write authors Derick F. Davis (University of Miami) and Paul M. Herr (Virginia Tech). 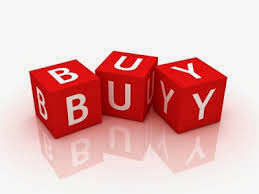 Across several studies, the authors examined the previously unexplored question of whether priming via the use of homophones (words that sound the same as one another but have different spellings and meanings) would influence consumer behavior. Their research showed that, indeed, priming via a homophone elicits a predictable effect even when the connection between the homophone and the desired behavior is not obvious. For instance, when primed with the term "goodbye," a consumer may perceive they have just received a good deal, or "good buy."

The research extends to broader applications than consumer behavior, the authors note. "Building from these findings," they explain, "it may be possible to aid in individuals' dieting goals by having them read 'wait,' or influence how bold they feel when they read about a 'boulder.'"

The concept of priming is common in advertising, but the connection between the use of homophones and modified consumer behavior may have new application for brands as well as public policy makers. One real-world example is the weight-loss drug Alli, which sounds like ally—one's comrade or friend in an effort. Consumers may be more likely to perceive Alli as being a helpful "ally" in their weight-loss goals.

"The relationship between word sound and word meaning may be interesting in the many areas where the written word is used to communicate meaning," the authors conclude.