Jupiter's Great Red Spot is one of the solar system's most mysterious landmarks. Based on what scientists understand about fluid dynamics, this massive storm – which is big enough to engulf the Earth two or three times over – should have disappeared centuries ago.

This is Jupiter's Great Red Spot in 2000 as seen by NASA's Cassini orbiter. 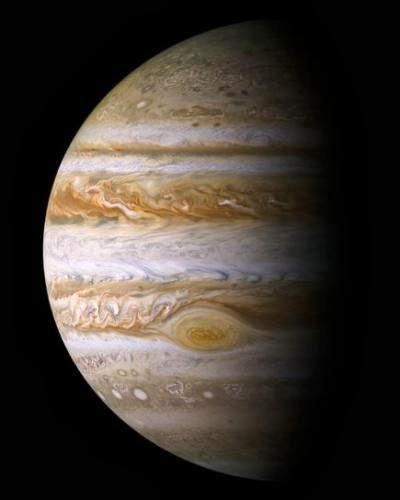 Pedram Hassanzadeh, a postdoctoral fellow at Harvard University, and Philip Marcus, a professor of fluid dynamics at the University of California, Berkeley, think they can explain why. Their work, which Hassanzadeh will present at the annual meeting of the American Physical Society's Division of Fluid Dynamics in Pittsburgh on November 25, also provides insight into persistent ocean eddies and vortices that contribute to star and planet formation.

"Based on current theories, the Great Red Spot should have disappeared after several decades. Instead, it has been there for hundreds of years," said Hassanzadeh, who is a post-doctoral fellow at Harvard's Center for the Environment and the Department of Earth and Planetary Sciences. 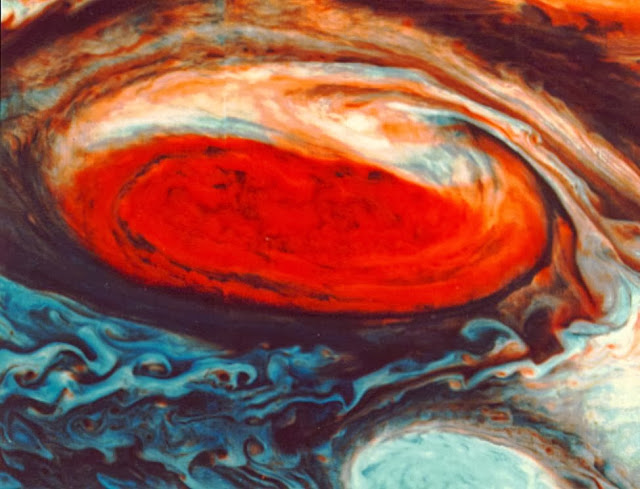 Many processes dissipate vortices like the Red Spot, Hassanzadeh explained. The turbulence and waves in and around the Red Spot sap the energy of its winds. The vortex also loses energy by radiating heat. Finally, the Red Spot sits between two strong jet streams that flow in opposite directions and may slow down its spinning.

Some researchers argue that the Red Spot gains energy by absorbing smaller vortices. "Some computer models show that large vortices would live longer if they merge with smaller vortices, but this does not happen often enough to explain the Red Spot's longevity," Marcus said.

To probe the mystery of the Red Spot's survival, Hassanzadeh and Marcus built a model of their own. It differed from existing models because it was fully three dimensional and had very high resolution. Many vortex models focus on the swirling horizontal winds, where most of the energy resides. Vortices also have vertical flows, but these have much less energy.

"In the past, researchers either ignored the vertical flow because they thought it was not important, or they used simpler equations because it was so difficult to model," Hassanzadeh said.

Yet the vertical motion turns out to hold the key to the Red Spot's persistence. As the vortex loses energy, the vertical flow transports hot gases from above and cold gases from below the vortex toward its center, restoring part of its lost energy. 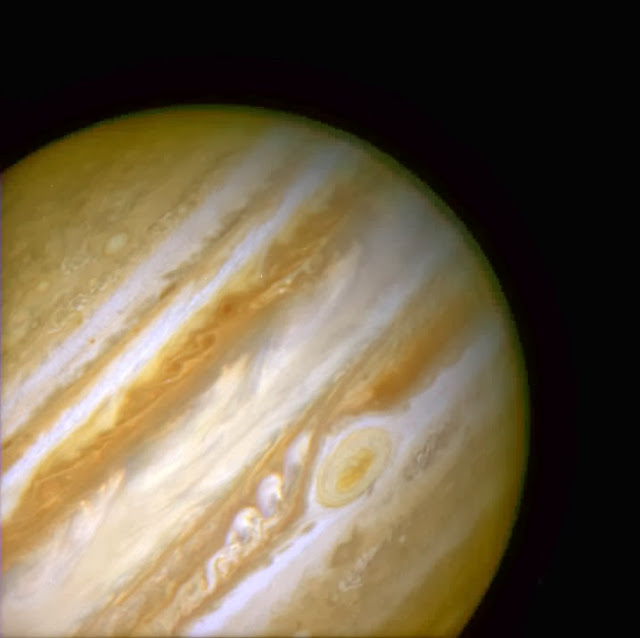 The model also predicts a radial flow, which sucks winds from the high-speed jet streams toward the vortex center. This pumps energy into the vortex, enabling it to last longer.

According to Hassanzadeh, the same vertical flow could explain why oceanic vortices, such as those formed near the Straits of Gibraltar, can last for years in the Atlantic Ocean. Their vertical flow plays a role in the ocean ecosystem by lifting nutrients to the surface.

Vortices may also midwife the formation of stars and planets, lasting for millions of years as they pull interstellar dust and rocks into large masses.

Hassanzadeh and Marcus know their model does not entirely explain the Red Spot's long life span. They believe the occasional absorption of smaller vortices, consistent with observation, may provide the extra energy needed for hundreds of years of life. They have begun modifying their computer model to test this thesis.

The presentation "On the Unexpected Longevity of the Great Red Spot, Oceanic Eddies, and other Baroclinic Vortices," is at 3:48 p.m. on Monday, November 25, 2013 in the David L. Lawrence Convention Center, Room 403. ABSTRACT: http://meeting.aps.org/Meeting/DFD13/Event/203662