Synthetic Alcohol: The Pleasure Without The Hangover

A drug that mimics some effects of alcohol but lacks its harmful properties would have real benefit for public health, a leading scientist has argued.

Professor David Nutt, the Edmond J. Safra Professor of Neuropsychopharmacology at Imperial College London, has identified candidate molecules that reproduce the pleasurable effects of alcohol but are much less toxic. He is looking for investors to help develop the product and bring it to the market. 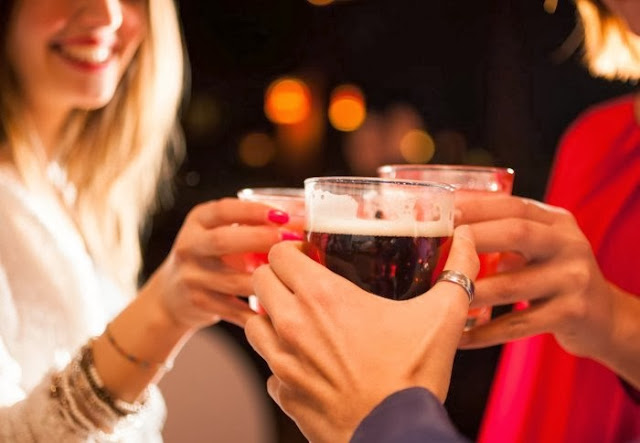 Alcohol mimics a chemical called GABA which is produced in the brain, but it also acts on receptors for other brain chemicals. The alcohol substitute would be designed to target GABA receptors very selectively, avoiding undesirable side effects such as hangovers and loss of coordination. An antidote could also be made to block the receptor, allowing drinkers to sober up quickly.

Professor Nutt told the Today programme on BBC Radio 4 that he first tested such a compound many years ago, but even better substitutes could be developed.

“There’s no question that you can produce a whole range of effects like alcohol by manipulating this system in the brain,” he said. “In some experiments, the effect is indistinguishable from alcohol.

“What we want to do is get rid of any the unwanted effects of inebriation, like aggression and memory impairment, and we just want to keep the pleasure and the sense of relaxation.

“We think by clever molecular modelling we can get rid of the risk of addiction as well.”

Professor Nutt hopes to make a range of cocktails containing his synthetic alcohol substitute. He has spoken to investors about taking the product to market, but many are wary that the drug might be controlled by legislation.

“I would like the government to make a recommendation that we try to improve on the health of our people by allowing these kind of substitute alcohols to be legal.”

“I think this would be a serious revolution in health benefits, just as the e-cigarette is going to revolutionise the smoking of tobacco. I find it weird that we haven’t been talking about this before because it’s such an obvious target for health improvement.”