The secret to why some cultures thrive and others disappear may lie in our social networks and our ability to imitate, rather than our individual smarts, according to a new University of British Columbia study.

The study, published  by the Proceedings of the Royal Academy: Biological Sciences, shows that when people can observe and learn from a wider range of teachers, groups can better maintain technical skills and even increase the group’s average skill over successive generations. 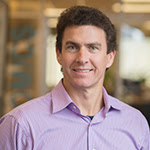 The findings show that a larger population size and social connectedness are crucial for the development of more sophisticated technologies and cultural knowledge, says lead author Michael Muthukrishna, a PhD student in UBC’s Dept. of Psychology.

“This is the first study to demonstrate in a laboratory setting what archeologists and evolutionary theorists have long suggested: that there is an important link between a society’s sociality and the sophistication of its technology,” says Muthukrishna, who co-authored the research with UBC Prof. Joseph Henrich.

For the study, participants were asked to learn new skills – digital photo editing and knot-tying – and then pass on what they learned to the next “generation” of participants. The groups with greater access to experts accumulated significantly more skill than those with less access to teachers. Within ten “generations,” each member of the group with multiple mentors had stronger skills than the group limited to a single mentor.

Groups with greater access to experts also retained their skills much longer than groups who began with less access to mentors, sustaining higher levels of “cultural knowledge” over multiple generations.

According to the researchers, the study has important implications for several areas, from skills development and education to protecting endangered languages and cultural practices.