Reducing The Salt In Bread Without Losing Saltiness, Thanks To A Texture Trick

Want to make bread taste pleasantly salty without adding more salt? Change the bread’s texture so it is less dense, say scientists. They report in ACS’ Journal of Agricultural and Food Chemistry that simply making the pores, or holes, larger can make people perceive bread as having saltier taste. The process could become a new strategy for reducing salt intake, which is a risk factor for high blood pressure and heart disease. 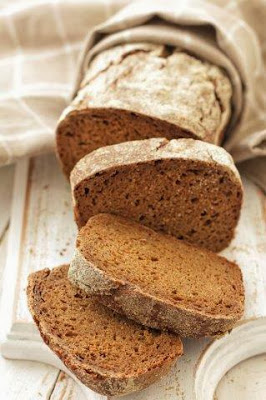 Peter Koehler and colleagues explain that every day, people in industrialized countries consume, on average, twice as much salt as the World Health Organization recommends. Much of that salt — 35 percent in the United Kingdom and about 25 percent in Germany — comes from bread, which for millennia has ranked as one of the world’s most ubiquitous foods.

Cutting dietary salt would reduce people’s risk for developing high blood pressure, which has been diagnosed in 40 percent of adults aged 25 and older worldwide, and heart disease, which was the cause of 30 percent of all deaths in 2008. But the big question is how to do it in a palatable way.

Researchers have tried different methods, such as using salt substitutes, but only to limited effect. Studies on cheese and gels has shown that changing texture can make a product taste salty even if salt content is reduced, so Koehler’s team decided to see if this would work with bread.

To alter the texture of bread for the study, they baked bread using different proofing times. Proofing is when a baker lets the dough rise. Longer proofing times lead to softer breads with larger pores. The subjects in the study rated the fluffier bread with the longest proofing time as noticeably more salty, even though each bite actually contained less salt. “Appropriate modification of crumb texture thus leads to enhanced saltiness, suggesting a new strategy for salt reduction in bread,” say the researchers.

They acknowledge funding from the Research Association of the German Food Industry (FEI), the AiF and the German Ministry of Economics and Technology.

Citation: "Influence of Texture on the Perception of Saltiness in Wheat Bread"
Journal of Agricultural & Food Chemistry
on November 20, 2013