New Remains Of Neanderthals Found In The Cova Negra Of Xàtiva

A team of archaeologists, led by Professor of Prehistory at the University of Valencia Valentín Villaverde, has found three new fossil remains of Neanderthals in the Middle Palaeolithic site of Xàtiva’s “Cova Negra” during a recient archaeological excavations campaign. In particular, this work has enabled the discovery of an adult parietal bone, child cranial fragment and child premolar. 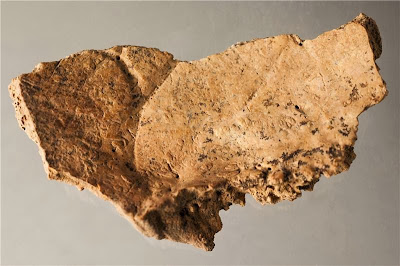 The results of the recent campaign were presented the 29 October at the University of Valencia by the Vice Principal for Research and Science Policy, Pedro Carrasco, the Professor Valentín Villaverde, and the local archaeologist of Xativa, Ángel Velasco. Also attended by the mayor of Xativa, Alfonso Rus. Carrasco has highlighted the research work of Villaverde as a benchmark of the University of Valencia for his strength, his leadership to raise funds for research and the relevance of his results. "The Prometheus project we present today is also one of the most important and especially remarkable because it comes from the field of humanities", stressed the Vice-Principal.

The three new Neanderthal fossils were found "in the upper sedimentary package, which includes levels corresponding to the top of the sequence documented at the site", explains the researcher. Consequently, "its chronology is not accurate, however, it is possible to correlate it with other remains found in excavations of the fifties of the last century and some of the remains discovered in the campaigns of the eighties. Its morphology is unambiguous and clearly refers to the upper Pleistocene Neanderthal populations "he points.

Handling of Skulls: by rituals and cannibalism Villaverde thinks it is important to note that the two cranial remains found have brands on its outer face". One of them it seems produced by an animal nibbling, and the other were probably made ​​using a cutting tool, which could be related to the manipulation of the skull, either by cannibalism or by sort of rituals" he argues. "This kind of manipulations have been documented in numerous Neanderthal remains in sites of the Iberian Peninsula and France", says the project manager. 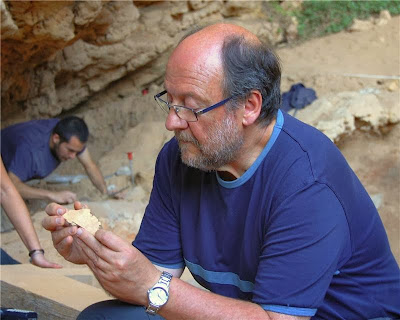 Valentín Villaverde ensures that the Cova Negra material fossil "configure one of the richest collections of human Neanderthals remains in the Iberian Peninsula, with twenty-five pieces , and presents the peculiarity of the high number of documented infant remains". So far, the set consists of a minimum of seven individuals, two of whom are adults, one is a teenager and four are children. In fact, this site is the third in the Iberian peninsula with an increased number of individuals identified after Sidrón Cave of Asturias and one of the highlights of Europe and the Middle East.

The researchers soon will make a detailed study of the remains to determine if any of them permits to discover the existence of new individuals. However, it is ensured that the three new pieces "constitute a finding of first order for the knowledge of the characteristics of Neanderthal populations in southern Europe, since cranial fragments are preserved in an excellent state on their intracranial faces" in Villaverde words. The paleontological study of the parts, as in previous occasions, will be led by Professor of the Complutense University of Madrid Juan Luis Arsuaga.

The 1981-1991 campaigns of the University of Valencia in the Middle Palaeolithic site of Xativa, under the direction of Valentin Villaverde, allowed to find twelve Neanderthal fossils. Previously, it were found two more of them during the campaigns led by G. Vines in the years 1928-1933 and eight along the excavations led by F. Jordà between 1950 and 1957.

The Prometheus 'Beyond History' The excavation of the University of Valencia in the Cova Negra is integrated into the framework of the research project 'Beyond History: origin and consolidation of the Palaeolithic settlement in Valencia' (PROMETEOII/2013/016), funded by the Regional Ministry of Education, Culture and Sport of the Valencian Regional Government, whose principal researcher is the Full University Professor of Prehistory of the Department of Prehistory and Archaeology Valentín Villaverde. Moreover, the project involved Prehistoric Research Service of the Provincial Council and the City Council of Xativa. In fact, the municipal archaeologist of Xativa, Angel Velasco, has coordinated the recent excavations, which has had the collaboration of students and graduates of the University of Valencia and Alicante, as well as members of the Universitat Politècnica de València.

Contacts and sources:
Asociación RUVID
University of Valencia
on November 18, 2013