With support from the National Science Foundation (NSF), mechanical and computer engineer Nilanjan Sarkar and psychologist Zachary Warren of Vanderbilt University have developed a learning environment for kids with autism, built around state-of-the-art technologies. Many children with autism have an affinity for technology. 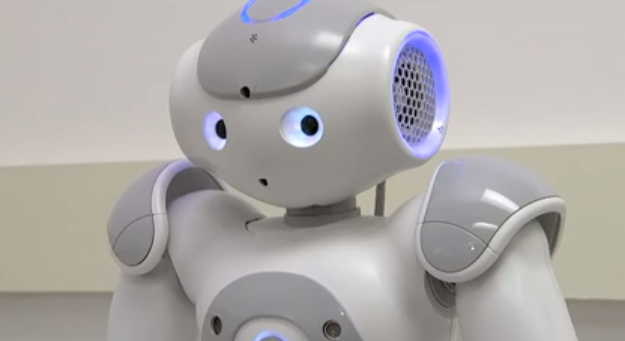 One of those state-of-the-art technologies is a humanoid robot, nicknamed "Russell," who works with the children on their ability to imitate others. It is a skill that is important for learning.

The robot has some of the characteristics of a human, but it's not as complex, so it doesn't overstimulate or overwhelm a child with autism. The room where the robot interacts with the children is outfitted with cameras and a video gaming sensor that tracks and records the child's movements. That information is sent wirelessly to the robot to provide feedback. That way, the robot can understand how well the child is performing, and even how well he or she is enjoying the activity.

"Engineering researchers are investigating new designs that allow robots to interact easily and work cooperatively with humans," says Ted Conway, program director in the NSF Directorate for Engineering. "The success of these 'co-robots' requires intelligent human-robotic performance that can adapt to a variety of applications."

The research in this episode was supported by NSF award #1264462 for "Individualized Adaptive Robot-Mediated Intervention Architecture for Autism."