Comet ISON May Have Survived

ISON appears as a white smear heading up and away from the sun. ISON was not visible during its closest approach to the sun, so many scientists thought it had disintegrated, but images like this one from the ESA/NASA Solar and Heliospheric Observatory suggest that a small nucleus may be intact. 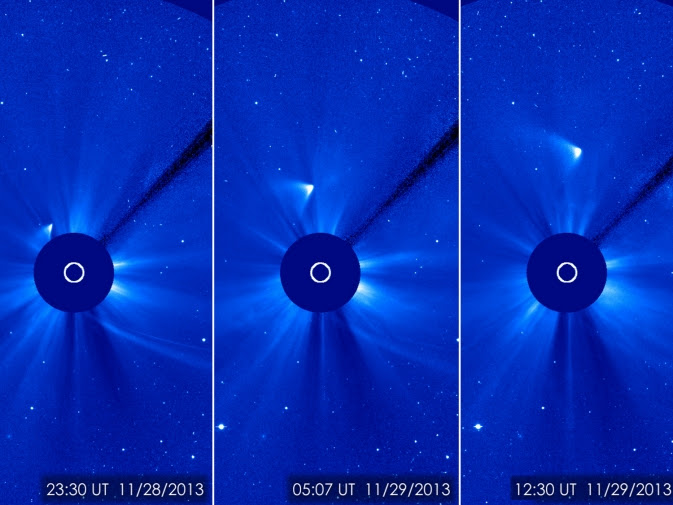 Continuing a history of surprising behavior, material from Comet ISON appeared on the other side of the sun on the evening on Nov. 28, 2013, despite not having been seen in observations during its closest approach to the sun.

Another view from SOHO's C2 chronograph shows Comet ISON appearing bright as it streams toward the sun (right). it can be seen as a dim streak heading upward and out in the left image. The comet may still be intact. 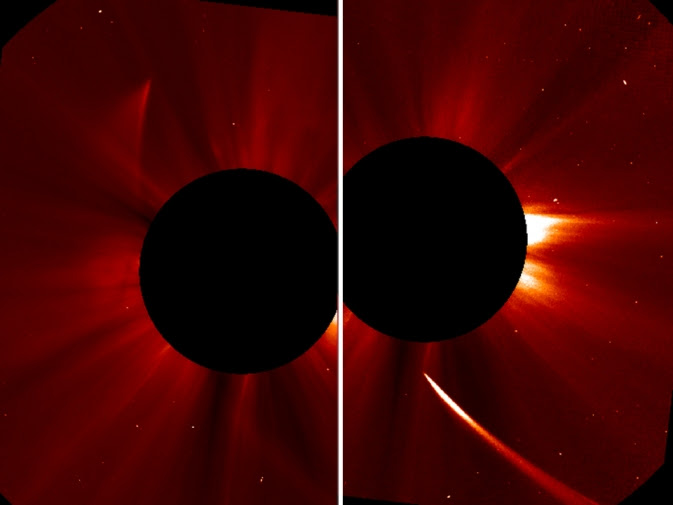 Throughout the year that researchers have watched Comet ISON – and especially during its final approach to the sun – the comet brightened and dimmed in unexpected ways. Such brightness changes usually occur in response to material boiling off the comet, and different material will do so at different temperatures thus providing clues as to what the comet is made of. Analyzing this pattern will help scientists understand the composition of ISON, which contains material assembled during the very formation of the solar system some 4.5 billion years ago.