University of Illinois anthropology professor Ripan Malhi looks to DNA to tell the story of how ancient humans first came to the Americas and what happened to them once they were here.

He will share some of his findings at the meeting, "Ancient DNA: The First Three Decades," at The Royal Society in London on Nov. 18 and 19.

Anthropology professor Ripan Malhi works with Native Americans to collect and analyze their DNA and that of their ancestors. 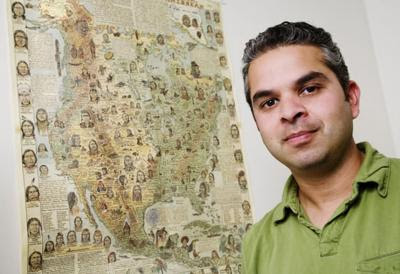 Malhi, an affiliate of the Institute for Genomic Biology at Illinois, will describe his collaborative approach, which includes working with present-day Native Americans on studies of their genetic history.

He and a group of collaborators from the Tsimshian Nation on the northwest coast of British Columbia, for example, recently found a direct ancestral link between ancient human remains in the Prince Rupert Island area and the native peoples living in the region today. That study looked at changes in the mitochondrial genome, which children inherit only from their mothers. 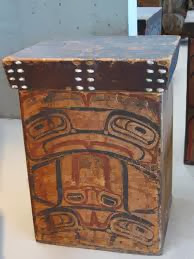 Other studies from Malhi's lab analyze changes in the Y chromosome or the protein-coding regions of the genome.

"I think what makes my lab unique is that we focus not only on the initial peopling of the Americas but also what happened after the initial peopling. How did these groups move to new environments and adapt to their local settings over 15,000 years?"

While continuing his work in British Columbia, Malhi also is setting up study sites in California, Guatemala, Mexico and Illinois.

"What's interesting about the northwest coast and California is that these communities were complex hunter-gatherer societies, whereas in Mexico and Guatemala, it's more communities that transitioned to farming and then experienced the effects of European colonization," he said.

Genomic studies can fill in the blanks on studies that seek to tell the story of life in the Americas before and after European colonization, Malhi said. Researchers may draw the wrong conclusions about human history when looking only at artifacts and language, he said.

Contacts and sources:
Diana Yates
University of Illinois at Urbana-Champaign
on November 18, 2013