18,000 Years Ago Dogs Evolved From Wolves In Europe Say Scientists

"We found that instead of recent wolves being closest to domestic dogs, ancient European wolves were directly related to them," said Robert Wayne, a professor of ecology and evolutionary biology in UCLA's College of Letters and Science and senior author of the research. "This brings the genetic record into agreement with the archaeological record. Europe is where the oldest dogs are found."

A fossil of a dog that lived approximately 8,500 years ago, from the Koster archaeological site in Illinois. 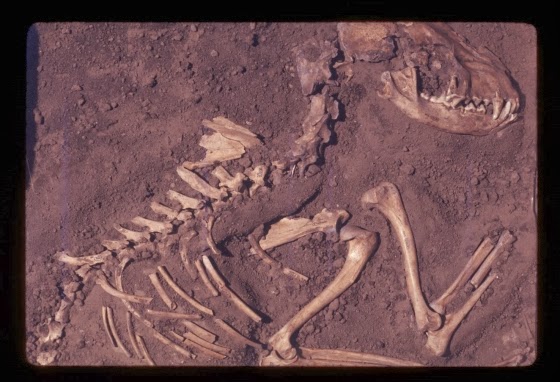 The UCLA researchers' genetic analysis is published Nov. 15 in the journal Science and featured on the journal's cover.

In related research last May, Wayne and his colleagues reported at the Biology of Genomes meeting in New York the results of their comparison of the complete nuclear genomes of three recent wolf breeds (from the Middle East, East Asia and Europe), two ancient dog breeds and the boxer dog breed.

"We analyzed those six genomes with cutting-edge approaches and found that none of those wolf populations seemed to be closest to domestic dogs," Wayne said. "We thought one of them would be, because they represent wolves from the three possible centers of dog domestication, but none was. All the wolves formed their own group, and all the dogs formed another group."

The UCLA biologists also hypothesized at that conference that a now-extinct population of wolves was more directly related to dogs. 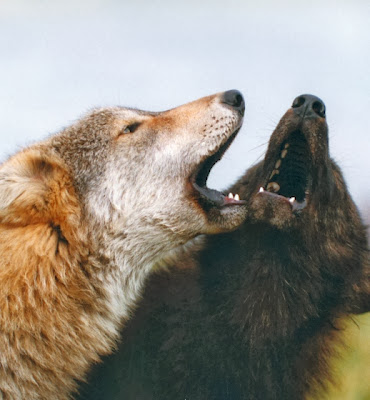 The biologists studied the mitochondrial DNA of the animals, which is abundant in ancient remains. (Mitochondria are tiny sub-cellular structures with their own small genome.) By comparing this ancient mitochondrial DNA with the modern mitochondrial genomes of 77 domestic dogs, 49 wolves and four coyotes, the researchers determined that the domestic dogs were genetically grouped with ancient wolves or dogs from Europe — not with wolves found anywhere else in the world or even with modern European wolves. Dogs, they concluded, derived from ancient wolves that inhabited Europe and are now extinct.

Wayne said that that the domestication of predatory wolves likely occurred among ancient hunter–gatherer groups rather than as part of humans' development of sedentary, agricultural-based communities.

The Basenji represents one of the most divergent dog lineages in existence today. Genetic analyses of modern and ancient canids, including some of the oldest known dog remains, place the origin of modern dogs in Europe between 18,800 and 32,100 years ago. 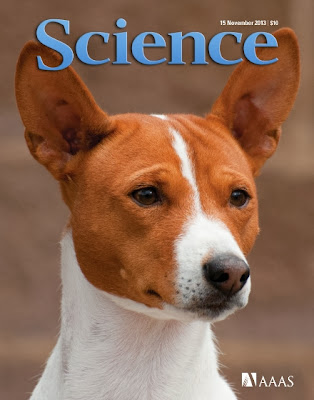 "The wolf is the first domesticated species and the only large carnivore humans ever domesticated," Wayne said. "This always seemed odd to me. Other wild species were domesticated in association with the development of agriculture and then needed to exist in close proximity to humans. This would be a difficult position for a large, aggressive predator. But if domestication occurred in association with hunter–gatherers, one can imagine wolves first taking advantage of the carcasses that humans left behind — a natural role for any large carnivore — and then over time moving more closely into the human niche through a co-evolutionary process."

The idea of wolves following hunter–gatherers also helps to explain the eventual genetic divergence that led to the appearance of dogs, he said. Wolves following the migratory patterns of these early human groups would have given up their territoriality and would have been less likely to reproduce with resident territorial wolves. Wayne noted that a group of modern wolves illustrates this process.

"We have an analog of this process today, in the only migratory population of wolves known existing in the tundra and boreal forest of North America," he said. "This population follows the barren-ground caribou during their thousand-kilometer migration. When these wolves return from the tundra to the boreal forest during the winter, they do not reproduce with resident wolves there that never migrate. We feel this is a model for domestication and the reproductive divergence of the earliest dogs from wild wolves. 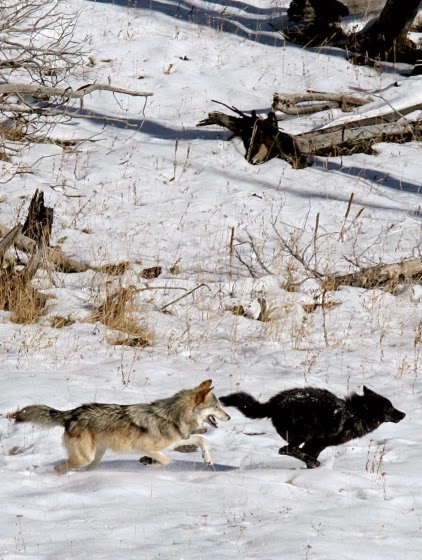 Credit: Daniel Stahler/National Park Service
"We know also that there were distinct wolf populations existing ten of thousands of years ago," Wayne added. "One such wolf, which we call the megafaunal wolf, preyed on large game such as horses, bison and perhaps very young mammoths. Isotope data show that they ate these species, and the dog may have been derived from a wolf similar to these ancient wolves in the late Pleistocene of Europe."

In research published in the journal nature in 2010, Wayne and colleagues reported that dogs seem to share more genetic similarity with living Middle Eastern gray wolves than with any other wolf population, which suggested a Middle East origin for modern dogs. The new genetic data have convinced him otherwise.

"When we previously found some similarity between Middle Eastern wolves and domestic dogs, that similarity, we are now able to show, likely was the result of interbreeding between dog and wolves during dog history. It does not necessarily suggest an origin in the Middle East," Wayne said. "This alternative hypothesis, in retrospect, is one that we should have considered more closely. As hunter–gatherers moved around the globe, their dogs trailing behind probably interbred with wolves."

Wayne considers the new genetic data "persuasive" but said they need to be confirmed with an analysis of genetic sequences from the nucleus of the cell (roughly 2 billion base pairs) — a significantly larger sample than that found in mitochondrial DNA (approximately 20,000 base pairs). This is challenging because the nuclear DNA of ancient remains tends to become degraded.

While Wayne plans to pursue this follow-up research, he said he does not expect a nuclear genome analysis to change the central finding. However, he said, it will fill in more of the details.

"This is not the end-story in the debate about dog domestication, but I think it is a powerful argument opposing other hypotheses of origin," he said.

The research was federally funded by the National Science Foundation.

Approximately 80 percent of dog breeds are modern breeds that evolved in the last few hundred years, Wayne said. But some dog breeds have ancient histories that go back thousands of years.

UCLA is California's largest university, with an enrollment of more than 40,000 undergraduate and graduate students. The UCLA College of Letters and Science and the university's 11 professional schools feature renowned faculty and offer 337 degree programs and majors. UCLA is a national and international leader in the breadth and quality of its academic, research, health care, cultural, continuing education and athletic programs. Seven alumni and six faculty have been awarded the Nobel Prize.
on November 15, 2013