A newly published paper by three UC San Diego astrophysics researchers for the first time provides an explanation for the origin of three observed correlations between various properties of molecular clouds in the Milky Way galaxy known as Larson’s Laws.

The paper, called ‘A Supersonic Turbulence Origin of Larson’s Laws’, was published this month in the Monthly Notices of the Royal Astronomical Society, Great Britain’s pre-eminent astronomy and astrophysics journal. Larson’s Laws, named so by professors teaching the three principles from the seminal 1981 paper by Richard Larson, an Emeritus Professor of Astronomy at Yale, describes the observation-based relationships of the structure and supersonic internal motions of molecular clouds where stars form.

The analysis by the UC San Diego researchers is based on recent observational measurements and data from six simulations of the interstellar medium, including effects of self-gravity, turbulence, magnetic field, and multiphase thermodynamics. The supercomputer simulations support a turbulent interpretation of Larson’s relations, and the study concludes that there are not three independent Larson laws, but that all three correlations are due to the same underlying physics, i.e. the properties of supersonic turbulence.

“After decades of inconclusive debate about the interpretation of the correlations among molecular cloud properties that I published in 1981, it’s gratifying to see that my original idea that they reflect a hierarchy of supersonic turbulent motions is well supported by these detailed new simulations showing that the debated complicating effects of gravity, magnetic fields, and multiphase structure do not fundamentally alter the basic picture of a turbulent cascade,” said Larson in response to the new findings by the UC San Diego researchers .

“This paper is essentially the culmination of seven years of research, aided by the use of large-scale supercomputer simulations conducted at SDSC and elsewhere,” said Alexei Kritsuk, a research physicist with UC San Diego’s Physics Department and Center for Astrophysics & Space Sciences (CASS) and lead author of the paper. “Molecular clouds are the birth sites for stars, so this paper relates also to the theory of star formation.” 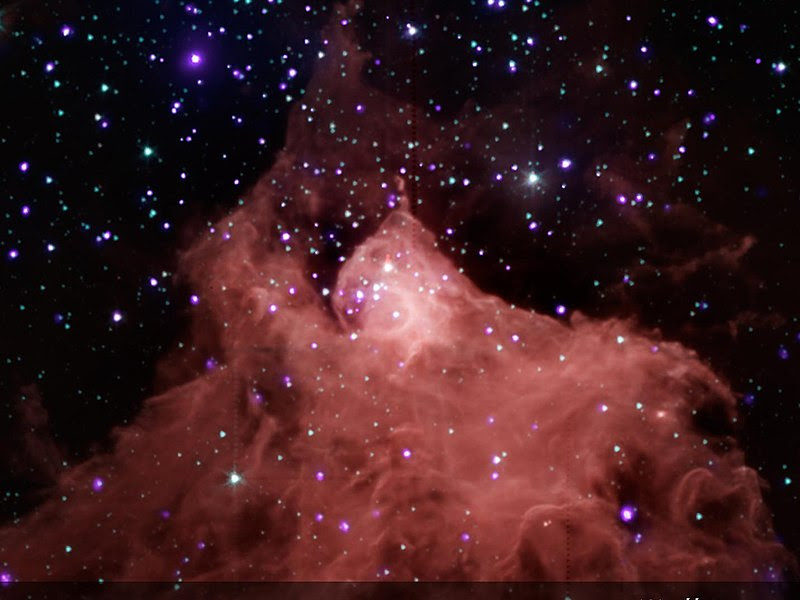 The researcher team includes Michael Norman, Director of the San Diego Supercomputer Center (SDSC) and a Distinguished Professor of physics at UC San Diego, and Christoph T. Lee, an undergraduate researcher with CASS. SDSC’s Trestles and Triton clusters, and now-decommissioned DataStar system, were used to generate the simulations, as well as the Krakenand Nautilus systems at the National Institute for Computational Science (NICS), at Oak Ridge National Laboratory.

“None of these new findings and insights would have been possible without the tremendous advances in supercomputer simulations that allow not only cosmologists but scientists in countless other domains an unprecedented level of resolution and data-processing speed to further their research,” said Norman, a globally recognized astrophysicist who has pioneered the use of advanced computational methods to explore the universe and its beginnings. “We believe that this paper paints the complete picture, drawing from earlier published works of ours as well as presenting new simulations that have not been published before.”