When you think of electric cars, many people think of slow and small. But, a group of students at The Ohio State University is working on changing that perception by engineering an electric car that can travel up to 307 mph. 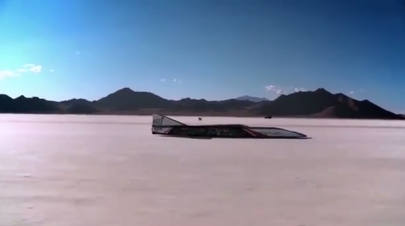 “It’s the world’s fastest [electric] vehicle. It's lithium battery powered, four-thousand pounds and 800 horsepower,” said David Cooke, a mechanical engineering student at Ohio State who is working with a team of engineering students to build the fastest electric car yet.

To reach record speeds, the car must be structurally stable, equip with tires that don't blow apart at high speeds and generate enough energy from its two electrical motors.

Like any good team, each team member has a specific role in making the car a reality.

Ling Wang, a mechanical engineering student said, “What I’m working on today is the battery pack with the electronic module.”

Luke Kelm, another mechanical engineering student, is responsible for the car's cooling system.

Ryan Kraft, a mechanical engineering student, said, “I’m in charge of the parachute system of the car.”

“We took a blueprint of what would be in a normal electric car and we just ran wild with it,” said Austin Krohn, an electrical engineering graduate student at Ohio State.

“We’re pushing the limits of technology on a lot of fronts. All new electric motors, new batteries, aerodynamics, all new structures,” said RJ Kromer, an electrical and mechanical engineering student.

There are two megawatts of power going through the car, which is enough to power 2,000 homes. But if the car breaks 400 mph, these students could end up inspiring the next generation of electric cars.

To break the record, the electronic car must travel at least one mile and average two runs within an hour. The student team hopes that the new car will break 400 mph, something no electric car has achieved.

“We want to show that just by using electricity doesn’t mean you have to have a slow vehicle,” said Don Butler, an automotive researcher at Ohio State.

Krohn remarked, “It’s really, really phenomenal to me that we could take something like electricity and completely revolutionize the world of transportation.”
Contacts and sources:
By: Marsha Lewis, ISTV Contributing Producer
Inside Science TV (ISTV)
on September 19, 2013