The remains of the earliest European fort in the interior of what is now the United States have been discovered by a team of archaeologists, providing new insight into the start of the U.S. colonial era and the all-too-human reasons spoiling Spanish dreams of gold and glory.

Spanish Captain Juan Pardo and his men built Fort San Juan in the foothills of the Appalachian Mountains in 1567, nearly 20 years before Sir Walter Raleigh's "lost colony" at Roanoke and 40 years before the Jamestown settlement established England's presence in the region. 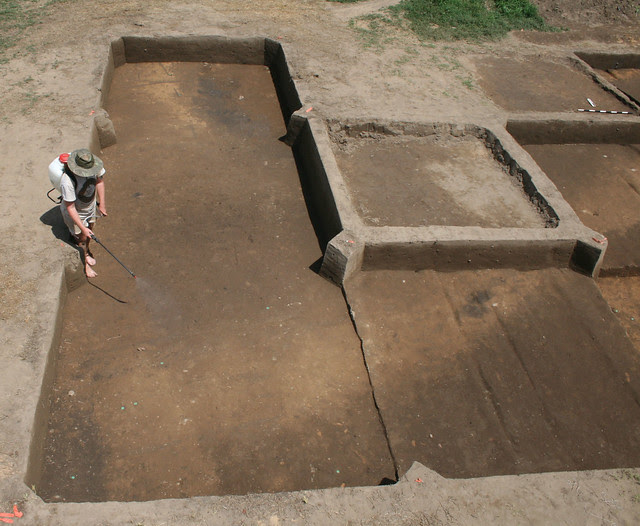 "Fort San Juan and six others that together stretched from coastal South Carolina into eastern Tennessee were occupied for less than 18 months before theNative Americans destroyed them, killing all but one of the Spanish soldiers who manned the garrisons," said University of Michigan archaeologist Robin Beck.

Beck, an assistant professor in the U-M Department of Anthropology and assistant curator at the U-M Museum of Anthropology, is working with archaeologists Christopher Rodning of Tulane University and David Moore of Warren Wilson College to excavate the site near the city of Morganton in western North Carolina, nearly 300 miles from the Atlantic Coast. 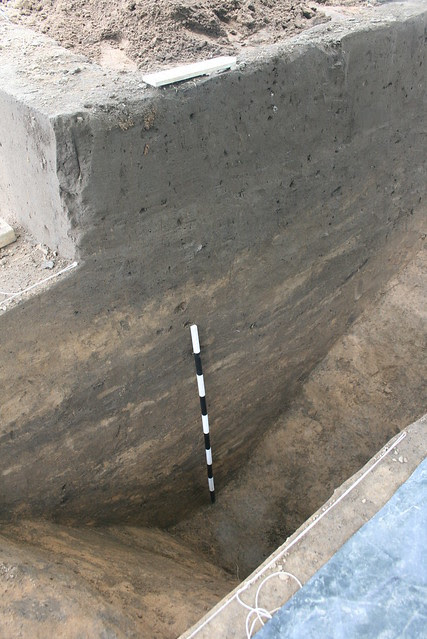 The Berry site, named in honor of the stewardship of landowners James and the late Pat Berry, is located along a tributary of the Catawba River and was the location of the Native American town of Joara, part of the mound-building Mississippian culture that flourished in the southeastern U.S. between 800 and about 1500 CE.

In 2004, with support from the National Geographic Society and the National Science Foundation, Beck and his colleagues began excavating several of the houses occupied by Spanish soldiers at Joara, where Pardo built Fort San Juan. Pardo named this small colony of Spanish houses Cuenca, after his own hometown in Spain. Yet the remains of the fort itself eluded discovery until last month.

"We have known for more than a decade where the Spanish soldiers were living," Rodning said. "This summer we were trying to learn more about the Mississippian mound at Berry, one that was built by the people of Joara, and instead we discovered part of the fort. For all of us, it was an incredible moment."

Using a combination of large-scale excavations and geophysical techniques like magnetometry, which provides x-ray-like images of what lies below the surface, the archaeologists have now been able to identify sections of the fort's defensive moat or ditch, a likely corner bastion and a graveled surface that formed an entryway to the garrison. 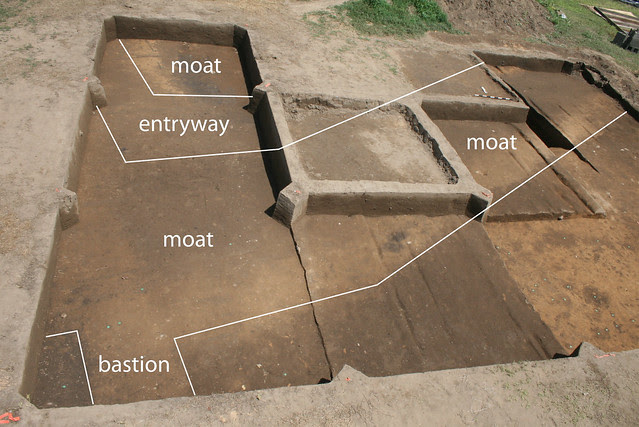 Excavations in the moat conducted in late June reveal it to have been a large V-shaped feature measuring 5.5 feet deep and 15 feet across. Spanish artifacts recovered this summer include iron nails and tacks, Spanish majolica pottery, and an iron clothing hook of the sort used for fastening doublets and attaching sword scabbards to belts.

Fort San Juan was the first and largest of the garrisons that Pardo founded as part of an ambitious effort to colonize the American South. Pedro Menéndez de Avilés, who had established the Spanish colonies of St. Augustine and Santa Elena in 1565 and 1566, respectively, spearheaded this effort. Of the six garrisons that Pardo built, Fort San Juan is the only one to have been discovered by archaeologists.

During the brief time the Spaniards were at Joara, Beck says, they were actively prospecting for gold but never found it. Yet the gold was there: in the early 1800s, American settlers found so much just lying on the surface near rivers that a 17-pound gold nugget was used as a doorstop and a U.S. mint was established in Charlotte, triggering the first gold rush in U.S. history.

Had the people of Joara given Pardo's soldiers more time to discover this gold, Spain would probably have launched a full-scale colonial invasion of the area, England would have had difficulty establishing its foothold at Jamestown, and the entire southeastern part of what is now the U.S. might instead have become part of Latin America. 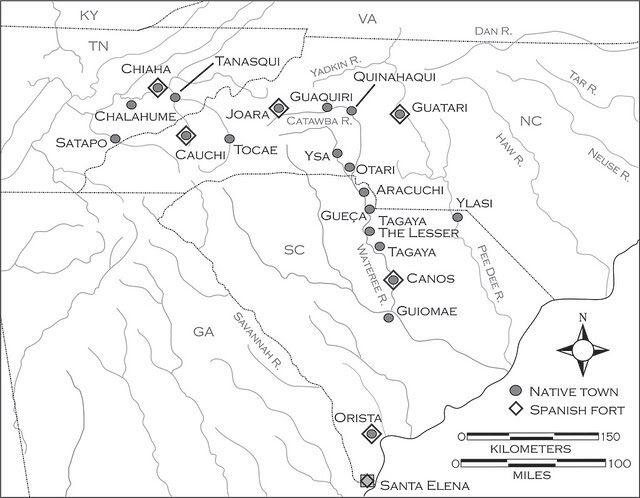 Why did the Mississipians wipe the Spaniards out so quickly? Beck and colleagues argue that originally, the Spanish bartered with the natives for food.

"The soldiers believed that when their gifts were accepted, it meant that the native people were their subjects," Beck said. "But to the natives, it was simply an exchange. When the soldiers ran out of gifts, they expected the natives to keep on feeding them. By that time, they had also committed what Spanish documents refer to as "indiscretions" with native women, which may have been another reason that native men decided they had to go. So food and sex were probably two of the main reasons for destroying Spanish settlements and forts."

"The events at Fort San Juan represent a microcosm of the colonial experience across the continent," he said. "Spain's failure created an opening that England exploited at Jamestown in 1607, when America's familiar frontier narrative begins. For Native Americans, though, this was the beginning of a long-term and often tragic reshaping of their precolonial world."

Contacts and sources:
Diane Swanbrow
University of Michigan
on July 23, 2013