Nanomedicines’ Impact On Patients Under The Microscope

A pioneering imaging technique to track the effects of next-generation nanomedicines on patients has been harnessed by a University of Strathclyde academic. 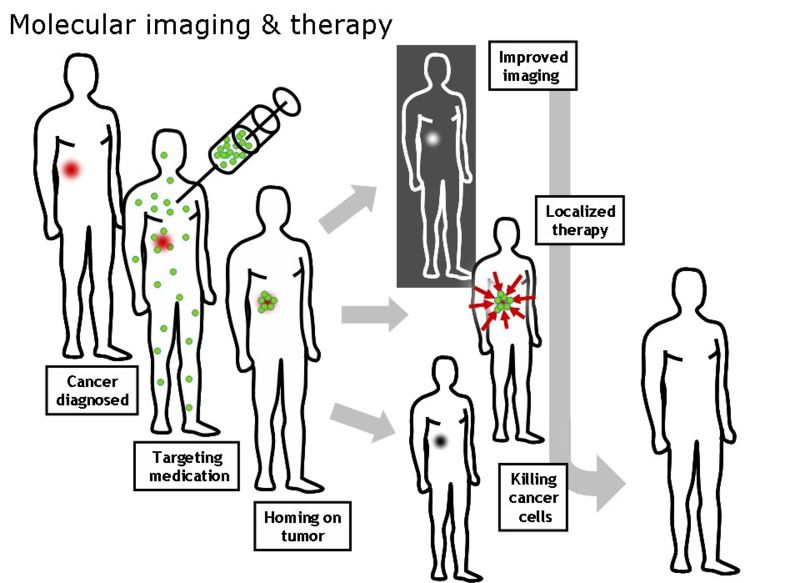 Professor Dr M. N. V. Ravi Kumar and Dr Dimitrios Lamprou, of the Strathclyde Institute of Pharmacy and Biomedical Sciences, believe an advanced form of atomic force microscopy, known as PeakForce QNM, could boost developments in the field of nanomedicines, the encapsulation of potent drugs in tiny particles measuring billionths of a meter in diameter. They described how this detailed imaging approach may also help scientists address growing concerns in the medical world around “nanotoxicology”, the build-up of microscopic particles in people’s tissues.

Professor Kumar, whose team's research article has been published in the journal PLOS ONE, said: “Nanotechnology’s role in drug delivery has the power to transform the way patients are given medicines over the next decade or so.

“In the case of traditional medicines, such as tablets and capsules, only a limited amount of drug – thought to be around five to 15 per cent for the majority of compounds – makes it through the gut into patients’ blood. The good thing about nanomedicines is that – unlike as is the case with traditional tablets and capsules – the drugs are not released in the gut. Instead, nanomedicines are absorbed intact and release the encapsulated drugs directly into bodily tissues, including the blood, offering the possibility to reduce the required dose without compromising the therapeutic effects.

“All medicines are combined with what are known as ‘excipients’ – inactive substances which give them the desired bulk and consistency and their role is restricted to the gut. However, the excipients such as polymers, used to formulate the nanoparticle-encapsulating drugs may exhibit undesired effects when they are absorbed through the gut wall. Scientists want to know if nanoparticle-based drugs can have any adverse effects on patients – and, in particular, if they cause more harm than good in some cases.

“Up until now, little has been known about what happens after nanoparticles circulate throughout the body and if they raise any safety issues for the patient. Previously, it was necessary for nanoparticles to be given a fluorescent or radioactive label, in order to allow scientists to be able to identify and track them. However, by using PeakForce QNM atomic force microscopy we can, for the first time, track where these nanoparticles are going throughout the body after oral administration – without attaching any fluorescent or radioactive labels and by using the real drug loaded nanoparticles. In particular, we can identify if they are accumulating in specific areas, causing what is known as ‘tissue stiffness’ – a condition linked to a variety of diseases, including cancer.”

Professor Kumar said it is known that tumours are more rigid – or stiff – when compared with surrounding healthy tissues. In addition, recent studies using atomic force microscopy have also shown it is possible to distinguish between non-malignant and malignant tumours cells, on the basis of their relative stiffness.

Professor Kumar added: “The ability of atomic force microscopy to study biomechanical profiles will be an asset in efforts to better understand the difference in tissue stiffness between tissues treated with nanoparticles and those not treated with nanoparticles, how long any associated tissue stiffness persists, and if it disappears quickly. Importantly, it will also help to establish whether or not there is a correlation between the number of nanoparticles present in blood and their accumulation in other tissues. By understanding more about blood stiffness, we will be able to learn more about nanotoxicology generally, and how that affects patients.

“By using atomic force microscopy in this way, we may in future be able to analyse patients’ blood and tell if, for example, nanomaterials are accumulating in their livers or arterial walls, causing stiffness which – if it persists long enough – may increase their chances of developing diseases.

“Another benefit of nanoparticles is that – if used at an early stage of the research – they could save pharmaceutical firms money by reducing the number of drugs that fail at the development stage. These cost savings could then be reinvested into the research and development of new drugs to treat patients.”

Contacts and sources:
University of Strathclyde
on May 29, 2013