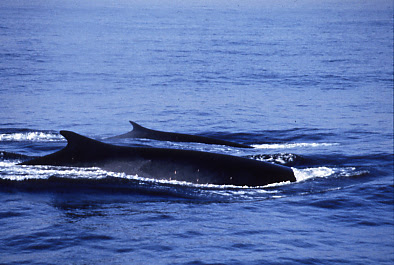 Icelandic fin whale has been sold in Japan for human consumption since 2008, but its use in pet food suggests that new markets are being explored. As Iceland prepares to hunt over 180 fin whales in 2013 for this export market, NGOs question the environmental and economic logic of using meat from an endangered species for the manufacture of dog treats.

Susan Millward, executive director of the US-based Animal Welfare Institute (AWI), said, "Turning an endangered whale species into pet snacks is deplorable, and seems to be nothing more than a desperate attempt to keep a cruel and unnecessary industry alive at any cost."

Clare Perry, EIA senior campaigner, said, "It is grotesque that this Icelandic company is flouting two international conventions in order to feed endangered fin whales to pampered pets in Japan. In the face of such blatant disregard for species conservation and international agreements, internet retailers such as Rakuten need to take more responsibility for the sustainability and acceptability of the products they market, and should follow the example of Amazon and Google, which have banned the sale of all whale products in Japan. 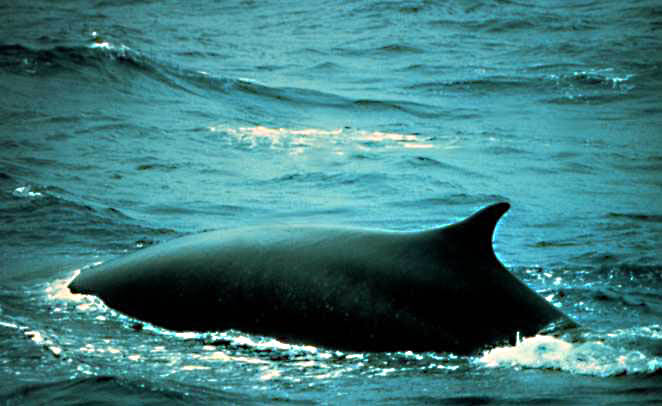 Said Chris Butler-Stroud, chief executive of WDC, "Sadly, this discovery does not surprise us. Turning beautiful and endangered fin whales into pet treats is utterly repugnant to right-minded people, yet this sort of callous disregard for an intelligent species is no more than we have come to expect from Kristjan Loftsson, a man prepared to turn whales into pretty much anything as long as it turns a profit."

Nanami Kurasawa, executive director of the Japanese conservation group, IKAN, said, "While IKAN's research shows that Icelandic whale products now make up some 20 percent of sales to the Japanese public, we were very surprised and alarmed to find that Icelandic fin whale meat is also being used to make dog treats. The reason that Hvalur hf now has such a large share of the market is because of its cheap price. What the Japanese public must ask ourselves is 'just because it's cheap, do our morals allow turning endangered species, which don't belong to Japan, into dog treats and selling them online?' I, for one, think this is a disgrace."

Michinoku Farms is based in Iwate Prefecture. In addition to traditional pet food products, the company offers a wide variety of "exotic" pet foods, everything from Australian kangaroo meat to Mongolian horse meat. Dog food jerky "treats" made from dried Icelandic fin whale meat were recently discovered for sale on its website.

Kurasawa added, "The most likely reason for shops to sell the whale meat dog treat is to target affluent Japanese who want to show off their wealth with something different. Similarly, there are also pet foods with shark fins and foie gras available in Japan. Buying such pet food is purely human-centric and hardly considers the animals' point of view."

The International Whaling Commission (IWC) banned commercial whaling in 1986. Iceland, a major commercial whaling nation, left the IWC in 1991 in protest over the decision, but rejoined in 2001 with a controversial reservation exempting it from the ban. It resumed so-called scientific whaling in 2003 and commercial whaling under its reservation in 2006. Since 2006, it has killed 496 minke whales and 280 endangered fin whales, and exported over 2,800 metric tons of whale products to Japan. Although Hvalur hf, Iceland's fin whaling company, did not hunt fin whales in 2011 and 2012, the head of the company announced recently that it will kill up to 184 this summer, starting in June. Fin whales are categorized as "endangered" by the International Union for Conservation of Nature.

However, as is the case with sales of whale meat for human consumption in Japan, it appears that the market for Icelandic whale meat pet treats is poor. For example, in mid-April, the Dingo pet store in Tokyo dropped prices on the 200 gram package of the Icelandic whale pet snack from ¥1680 to ¥1470 (US$14.45/₤9.40) labeling the product as a "bargain article." In addition, Rakuten, the massive Japanese e-commerce website which owns Play.com, is selling the Michinoku Farms Icelandic fin whale meat dog treats in 50 and 250 gram packages, again at discounted prices.

Contacts and sources:
The Animal Welfare Institute, headquartered in Washington, D.C., was founded in 1951 and is dedicated to alleviating suffering inflicted on animals by humans. www.awionline.org

The Environmental Investigation Agency (EIA) is a UK and US based NGO that investigates and campaigns against a wide range of environmental crimes, including illegal wildlife trade, illegal logging, hazardous waste, and trade in climate and ozone-altering chemicals. www.eia-international.org

Iruka & Kujira Action Network (IKAN) was established in 1996 to promote protection and better understanding of dolphins and whales in Japanese waters. The network was organized by various interest groups including animal welfare, animal protection, anti-whaling, and dolphin conservation. http://ika-net.jp/en/

WDC, Whale and Dolphin Conservation (formerly WDCS) is the leading global charity dedicated to the conservation and protection of whales and dolphins. We defend these remarkable creatures against the many threats they face through campaigns, lobbying, advising governments, conservation projects, field research and rescue. Our vision is a world where every whale and dolphin is safe and free. www.whales.org
on May 28, 2013