Magnetars – the dense remains of dead stars that erupt sporadically with bursts of high-energy radiation - are some of the most extreme objects known in the Universe. A major campaign using NASA's Chandra X-ray Observatory and several other satellites shows magnetars may be more diverse - and common - than previously thought.

Data from Chandra, XMM-Newton, Swift and RXTE was used to measure the surface magnetic field.These results have implications for understanding supernova explosions and the number and evolution of magnetars.

Graphic shows a magnetar called SGR 0418+5729 (SGR 0418 for short), a type of neutron star that has a relatively slow spin rate and generates occasional large blasts of X-rays.

When a massive star runs out of fuel, its core collapses to form a neutron star, an ultradense object about 10 to 15 miles wide. The gravitational energy released in this process blows the outer layers away in a supernova explosion and leaves the neutron star behind.

Most neutron stars are spinning rapidly - a few times a second - but a small fraction have a relatively low spin rate of once every few seconds, while generating occasional large blasts of X-rays. Because the only plausible source for the energy emitted in these outbursts is the magnetic energy stored in the star, these objects are called "magnetars."

Most magnetars have extremely high magnetic fields on their surface that are ten to a thousand times stronger than for the average neutron star. New observations show that the magnetar known as SGR 0418+5729 (SGR 0418 for short) doesn’t fit that pattern. It has a surface magnetic field similar to that of mainstream neutron stars. 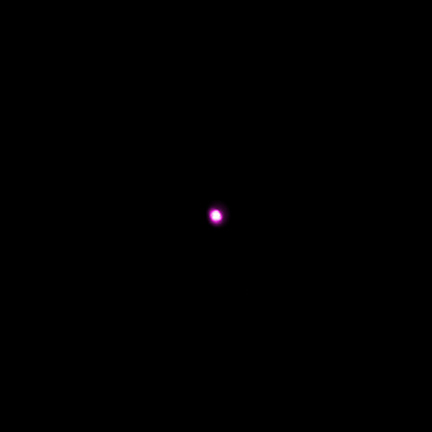 "We have found that SGR 0418 has a much lower surface magnetic field than any other magnetar," said Nanda Rea of the Institute of Space Science in Barcelona, Spain. "This has important consequences for how we think neutron stars evolve in time, and for our understanding of supernova explosions."

The researchers monitored SGR 0418 for over three years using Chandra, ESA's XMM-Newton as well as NASA's Swift and RXTE satellites. They were able to make an accurate estimate of the strength of the external magnetic field by measuring how its rotation speed changes during an X-ray outburst. These outbursts are likely caused by fractures in the crust of the neutron star precipitated by the buildup of stress in a relatively strong, wound-up magnetic field lurking just beneath the surface.

"This low surface magnetic field makes this object an anomaly among anomalies," said co-author GianLuca Israel of the National Institute of Astrophysics in Rome. "A magnetar is different from typical neutron stars, but SGR 0418 is different from other magnetars as well."

By modeling the evolution of the cooling of the neutron star and its crust, as well as the gradual decay of its magnetic field, the researchers estimated that SGR 0418 is about 550,000 years old. This makes SGR 0418 older than most other magnetars, and this extended lifetime has probably allowed the surface magnetic field strength to decline over time. Because the crust weakened and the interior magnetic field is relatively strong, outbursts could still occur.

The case of SGR 0418 may mean that there are many more elderly magnetars with strong magnetic fields hidden under the surface, implying that their birth rate is five to ten times higher than previously thought.

"We think that about once a year in every galaxy a quiet neutron star should turn on with magnetar-like outbursts, according to our model for SGR 0418," said Josè Pons of the University of Alacant in Spain. "We hope to find many more of these objects."

Another implication of the model is that the surface magnetic field of SGR 0418 should have once been very strong at its birth a half million years ago. This, plus a possibly large population of similar objects, could mean that the massive progenitor stars already had strong magnetic fields, or these fields were created by rapidly rotating neutron stars in the core collapse that was part of the supernova event.

If large numbers of neutron stars are born with strong magnetic fields then a significant fraction of gamma-ray bursts might be caused by the formation of magnetars rather than black holes. Also, the contribution of magnetar births to gravitational wave signals – ripples in space-time – would be larger than previously thought.

The possibility of a relatively low surface magnetic field for SGR 0418 was first announced in 2010 by a team with some of the same members. However, the scientists at that time could only determine an upper limit for the magnetic field and not an actual estimate because not enough data had been collected.

SGR 0418 is located in the Milky Way galaxy at a distance of about 6,500 light years from Earth. These new results on SGR 0418 appear online and will be published in the June 10, 2013 issue of The Astrophysical Journal. NASA's Marshall Space Flight Center in Huntsville, Ala., manages the Chandra program for NASA's Science Mission Directorate in Washington. The Smithsonian Astrophysical Observatory controls Chandra's science and flight operations from Cambridge, Mass.


Contacts and sources:
Megan Watzke
Chandra X-ray Center
on May 23, 2013