How do we locate the spatial position of sounds? Scientists have revealed a mechanism responsible for the creation of giant synapses in the brain that allow us to efficiently process auditory information 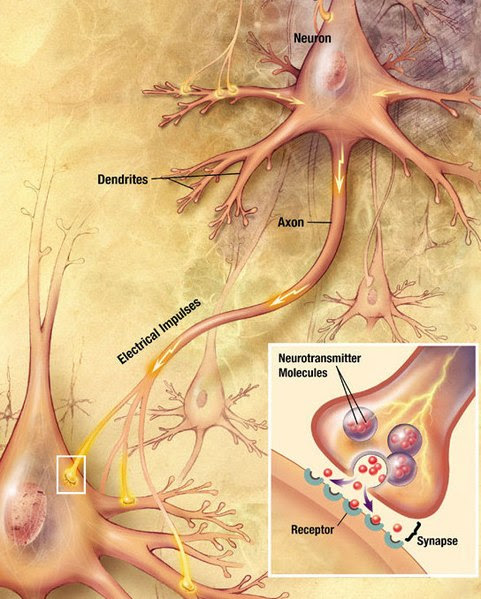 Humans and most mammals can determine the spatial origin of sounds with remarkable acuity. We use this ability all the time -- crossing the street; locating an invisible ringing cell phone in a cluttered bedroom. To accomplish this small daily miracle, the brain has developed a circuit that's rapid enough to detect the tiny lag that occurs between the moment the auditory information reaches one of our ears, and the moment it reaches the other.

The mastermind of this circuit is the "Calyx of Held," the largest known synapse in the brain. EPFL scientists have revealed the role that a certain protein plays in initiating the growth of these giant synapses. The discovery, published in Nature Neuroscience, could also help shed light on a number of neuropsychiatric disorders.

Ordinarily, neurons have thousands of contact points – known as synapses - with neighboring neurons. Within a given time frame, a neuron has to receive several signals from its neighbors in order to be able to fire its own signal in response. Because of this, information passes from neuron to neuron in a relatively random manner.

In the auditory part of the brain, this is not the case. Synapses often grow to extremely large sizes, and these behemoths are known as "Calyx of Held" synapses. Because they have hundreds of contact points, they are capable of transmitting a signal singlehandedly to a neighboring neuron. "It's almost like peer-to-peer communication between neurons," explains EPFL professor Ralf Schneggenburger, who led the study. The result is that information is processed extremely quickly, in a few fractions of a millisecond, instead of the slower pace of more than 10 milliseconds that occurs in most other neuronal circuits.

Identifying the protein
To isolate the protein responsible for controlling the growth of this gigantic synapse, the scientists had to perform painstaking research. Using methods for analyzing gene expression in mice, they identified several members of the "BMP" family of proteins from among more than 20,000 possible candidates.

To verify that they had truly identified the right protein, the researchers disabled BMP protein receptors in the auditory part of a mouse brain. "The resulting electrophysiological signal of the Calyx of Held was significantly altered," explains Le Xiao, first author on the study. "This would suggest a large anatomical difference."

The scientists then reconstructed the synapses in three dimensions from slices that were observed under an electron microscope. Instead of a single, massive Calyx of Held, which would encompass nearly half the neuron, the 3D image of the neuron clearly shows several, smaller synapses. "This shows that the process involving the BMP protein not only causes that one synapse to grow, but also performs a selection, by eliminating the others," says Schneggenburger.

Synaptic connectivity, the key to many psychiatric puzzles

The impact of this study will go well beyond increasing our understanding of the auditory system. The results suggest that the BMP protein plays an important role in developing connectivity in the brain. Schneggenburger and his colleagues are currently investigating its role elsewhere in the brain. "Some neuropsychiatric disorders, such as schizophrenia and autism, are characterized by the abnormal development of synaptic connectivity in certain key parts of the brain," explains Schneggenburger. By identifying and explaining the role of various proteins in this process, the scientists hope to be able to shed more light on these poorly understood disorders.