UCLA researchers now have the first evidence that bacteria ingested in food can affect brain function in humans. In an early proof-of-concept study of healthy women, they found that women who regularly consumed beneficial bacteria known as probiotics through yogurt showed altered brain function, both while in a resting state and in response to an emotion-recognition task. 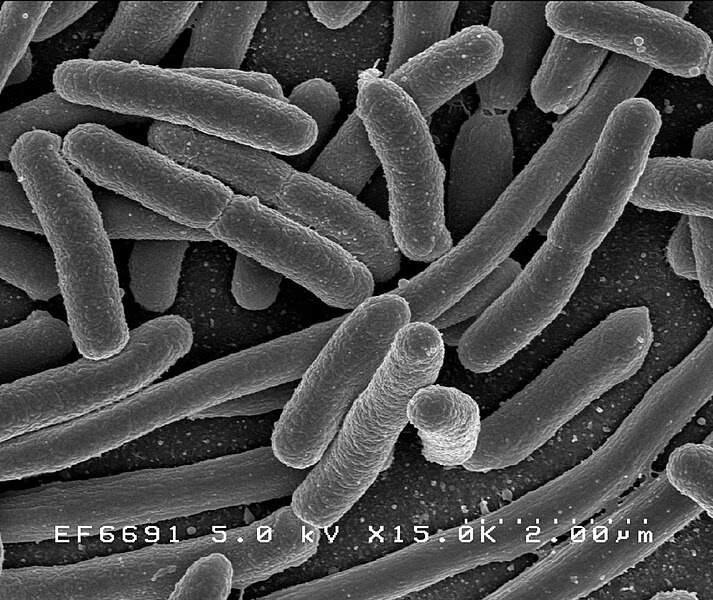 The study, conducted by scientists with UCLA's Gail and Gerald Oppenheimer Family Center for Neurobiology of Stress and the Ahmanson–Lovelace Brain Mapping Center at UCLA, appears in the June edition of the peer-reviewed journal Gastroenterology.

The discovery that changing the bacterial environment, or microbiota, in the gut can affect the brain carries significant implications for future research that could point the way toward dietary or drug interventions to improve brain function, the researchers said.

"Many of us have a container of yogurt in our refrigerator that we may eat for enjoyment, for calcium or because we think it might help our health in other ways," said Dr. Kirsten Tillisch, an associate professor of medicine at UCLA's David Geffen School of Medicine and lead author of the study. "Our findings indicate that some of the contents of yogurt may actually change the way our brain responds to the environment. When we consider the implications of this work, the old sayings 'you are what you eat' and 'gut feelings' take on new meaning."

Researchers have known that the brain sends signals to the gut, which is why stress and other emotions can contribute to gastrointestinal symptoms. This study shows what has been suspected but until now had been proved only in animal studies: that signals travel the opposite way as well.

"Time and time again, we hear from patients that they never felt depressed or anxious until they started experiencing problems with their gut," Tillisch said. "Our study shows that the gut–brain connection is a two-way street."

The small study involved 36 women between the ages of 18 and 55. Researchers divided the women into three groups: one group ate a specific yogurt containing a mix of several probiotics — bacteria thought to have a positive effect on the intestines — twice a day for four weeks; another group consumed a dairy product that looked and tasted like the yogurt but contained no probiotics; and a third group ate no product at all.

Functional magnetic resonance imaging (fMRI) scans conducted both before and after the four-week study period looked at the women's brains in a state of rest and in response to an emotion-recognition task in which they viewed a series of pictures of people with angry or frightened faces and matched them to other faces showing the same emotions. This task, designed to measure the engagement of affective and cognitive brain regions in response to a visual stimulus, was chosen because previous research in animals had linked changes in gut flora to changes in affective behaviors.

The researchers found that, compared with the women who didn't consume the probiotic yogurt, those who did showed a decrease in activity in both the insula — which processes and integrates internal body sensations, like those form the gut — and the somatosensory cortex during the emotional reactivity task.

Further, in response to the task, these women had a decrease in the engagement of a widespread network in the brain that includes emotion-, cognition- and sensory-related areas. The women in the other two groups showed a stable or increased activity in this network.

During the resting brain scan, the women consuming probiotics showed greater connectivity between a key brainstem region known as the periaqueductal grey and cognition-associated areas of the prefrontal cortex. The women who ate no product at all, on the other hand, showed greater connectivity of the periaqueductal grey to emotion- and sensation-related regions, while the group consuming the non-probiotic dairy product showed results in between.

The researchers were surprised to find that the brain effects could be seen in many areas, including those involved in sensory processing and not merely those associated with emotion, Tillisch said.

The knowledge that signals are sent from the intestine to the brain and that they can be modulated by a dietary change is likely to lead to an expansion of research aimed at finding new strategies to prevent or treat digestive, mental and neurological disorders, said Dr. Emeran Mayer, a professor of medicine, physiology and psychiatry at the David Geffen School of Medicine at UCLA and the study's senior author.

"There are studies showing that what we eat can alter the composition and products of the gut flora — in particular, that people with high-vegetable, fiber-based diets have a different composition of their microbiota, or gut environment, than people who eat the more typical

Western diet that is high in fat and carbohydrates," Mayer said. "Now we know that this has an effect not only on the metabolism but also affects brain function."

The UCLA researchers are seeking to pinpoint particular chemicals produced by gut bacteria that may be triggering the signals to the brain. They also plan to study whether people with gastrointestinal symptoms such as bloating, abdominal pain and altered bowel movements have improvements in their digestive symptoms which correlate with changes in brain response.

Meanwhile, Mayer notes that other researchers are studying the potential benefits of certain probiotics in yogurts on mood symptoms such as anxiety. He said that other nutritional strategies may also be found to be beneficial.

By demonstrating the brain effects of probiotics, the study also raises the question of whether repeated courses of antibiotics can affect the brain, as some have speculated. Antibiotics are used extensively in neonatal intensive care units and in childhood respiratory tract infections, and such suppression of the normal microbiota may have longterm consequences on brain development.

Finally, as the complexity of the gut flora and its effect on the brain is better understood, researchers may find ways to manipulate the intestinal contents to treat chronic pain conditions or other brain related diseases, including, potentially, Parkinson's disease, Alzheimer's disease and autism.

Answers will be easier to come by in the near future as the declining cost of profiling a person's microbiota renders such tests more routine, Mayer said.

The study was funded by Danone Research. Mayer has served on the company's scientific advisory board. Three of the study authors (Denis Guyonnet, Sophie Legrain-Raspaud and Beatrice Trotin) are employed by Danone Research and were involved in the planning and execution of the study (providing the products) but had no role in the analysis or interpretation of the results.

UCLA's Oppenheimer Family Center for Neurobiology of Stress is an NIH-funded multidisciplinary, translational research program partially supported by philanthropy. Its mission is to identify the role of the brain in health and medical disease. The Center is comprised of several research programs which focus on the interactions of the brain with the digestive, cardiovascular and urological systems, chronic pain and mind brain body interactions.