Why Millions Are Losing A Sense Of Smell

Researchers look for answers in a most obvious, but surprisingly overlooked, place: Nasal mucus

Snot. It's not something most of us spend a lot of time thinking about, but, for a team of researchers in Washington, D.C., it's front and center.

Robert I. Henkin, founder of the Taste and Smell Clinic in is charmingly self-deprecating. He says with a chuckle that he's often called a "spit and snot doctor," but he knows all too well that for his patients – those who no longer can appreciate the fragrance of fresh-cut grass or the intricacies of an herb-infused sauce – such loss is no laughing matter. 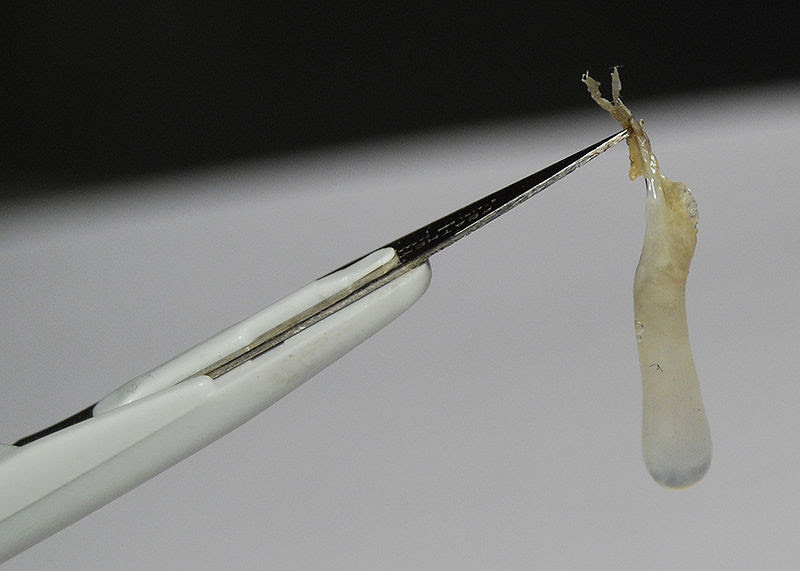 "You might think: 'Oh well, you can still hear. You can still see.' But it's amazingly important to be able to taste and smell," Henkin says. "When you say 'hello' in (some parts of China), you don't say 'hello' – you say 'Have you eaten yet?' In other words, the social aspects of being able to eat and enjoy that are critical, and to lose that – you lose a significant part of life."

Henkin, who at the National Institutes of Health established the first clinical program to study taste and smell dysfunction, has spent the better part of his professional life trying to get the lay of the land when it comes to the fluids that contribute to those two senses. He and his team over the years have conducted countless experiments to figure out what makes up nasal mucus and saliva and how those components affect taste and smell.

"The thing to recognize is there are 21 million people in the United States who have some abnormality of smell function. That's an amazing number," says Henkin.

On Sunday, April 21, Henkin will present new research results at the Experimental Biology 2013 conference with the hope that attendees there also will take the mission seriously, build upon his findings and come up with new therapies for patients like his.

Henkin's newest work describes the concentrations of cytokines, molecules involved in cell signaling, in nasal mucus. He'll present his findings at the annual meeting of the American Society for Biochemistry and Molecular Biology, which is being held in conjunction with the Experimental Biology 2013 conference.

"In a rather naïve way, we went ahead and looked at these cytokines in nasal mucus because nobody's ever done it before," Henkin explains. This kind of strategy is par for the course for Henkin, who also was the first to report which proteins are present in saliva in 1978 and which proteins are present in nasal mucus in 2000. He emphasizes that "you can't understand the (disease) mechanisms unless you understand what's there."

"This whole role of nasal mucus – what's there, how it works — is something that (researchers) haven't really considered," he says. "It takes a dumb guy like me to go ahead and say 'OK, let's figure out what's there, and then we can see what we're going to do about it. It's a different approach."

What's so different about it? Henkin says most of his patients come to him as a last resort, because their primary physicians and even specialists can't offer any lasting solutions.

"The people who are interested in (smell loss) are primarily otolaryngologists, and they're trained as surgeons … They're not trained to think about this" on the molecular level, Henkin says. "So they look at the nose, and if there's a polyp they'll take it out and say, 'Aha, there's the answer. We'll make the nasal cavity cleaner.' Well, these (molecular) structures in the nose that cause these problems are manifestations of some underlying disease process, which they've been trying to figure out for a while but haven't really succeeded."

Henkin's group has succeeded in restoring smell loss in many patients – and sometimes by seemingly unconventional means. A few years back, they tested out a drug long used in asthmatics, theophylline, and they found that oral use could induce higher levels of a protein called cAMP in nasal mucus, which improved some patients' ability to smell. The team later found that administering a smaller dose intranasally produced a more profound effect.

Henkin says examples like that underscore the importance of understanding the molecular makeup of nasal mucus and the interactions within, rather than immediately turning to surgery or, another common practice, giving patients steroids.

"Because they've used these (steroids) to inhibit polyp formation in the nose, what happens is that in some people the smell comes back for a limited period of time. It may come back for a day or a week. And then when the drug wears off, they can't smell again," Henkin says. "We now understand a little bit about how that works – how it affects those cytokines and other substances."

"We'd looked at the literature and recognized that IL-6 is obviously elevated in a number of inflammatory diseases, such as rheumatoid arthritis. As a matter of fact, with rheumatoid arthritis you commonly have smell loss," Henkin says. "We're trying to make these connections, you see, and understand the relationships in these underlying interactions – to give people some idea (about) homeostasis in the nasal cavity, how it's occurring, what's in nasal mucus and how each of these substances plays a specific role in smell function."