The number of private and public entities conducting research in synthetic biology worldwide grew significantly between 2009 and 2013, according to the latest version of an interactive map produced by the Synthetic Biology Project at the Woodrow Wilson International Center for Scholars.

As research into synthetic biology increases, this map identifies companies, universities, research institutions, laboratories and other centers across the globe that are active in this emerging field. In 2009, the Synthetic Biology Project began mapping the increased research in the field of synthetic biology, finding pockets of work being done in California, Massachusetts, the United Kingdom and Germany. These areas see continued growth in 2013, while research also ramps up in China and Japan.

The map is available online at http://www.synbioproject.org/map.

Synthetic biology, an area of research focused on the design and construction of new biological parts and devices, or the re-design of existing biological systems, is an emerging field and the focus of labs and companies around the world. The map, which builds on work the project started in 2009, is populated with more than 500 companies, universities, research institutions and other entities working on synthetic biology, showing clusters of activity in California, Massachusetts, Western Europe and East Asia.

"Part of this new activity has been driven by continuing government investments in the science," said David Rejeski, who directs the Synthetic Biology Project. "Another important factor has been the rapidly declining costs of gene sequencing, which has supported more effective approaches to engineering biological systems."

The Synthetic Biology Project found that the number of companies conducting synthetic biology research increased three-fold since 2009. A plurality of the companies involved in synthetic biology is focusing on developing bio-based specialty chemicals, fuels and/or medicines. 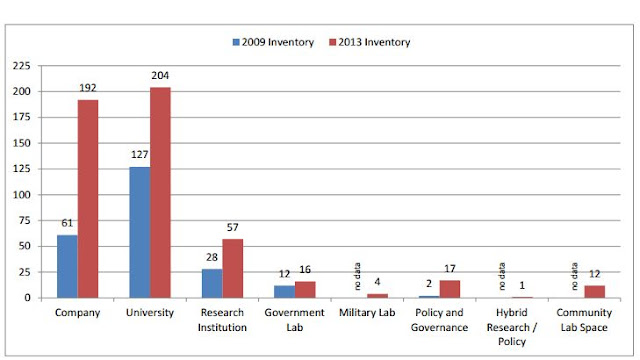 Since 2009, the industry has also experienced moderate levels of consolidation and failure. Of the 61 companies included on the initial 2009 inventory, six were acquired by other companies, closed their doors or can longer be identified. An additional 11 companies that were tracked between the release of the 2009 inventory and the 2013 update were also acquired, closed or cannot be identified. 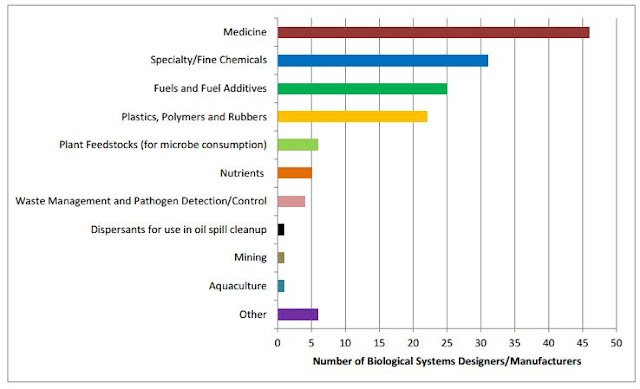 In addition to the expanded listings, the updated map features improved functionality, more detailed information and additional categories and subcategories. The updated map can also be accessed on Android and Apple mobile devices.

The map can be found here: http://www.synbioproject.org/map

The 2013 analysis can be found here: http://www.synbioproject.org/process/assets/files/6302/_draft/findings_2013.pdf

The map will be updated periodically. Users can submit additional entries to the map using this online form: http://www.synbioproject.org/sbmap/add-item/