Empirical computer science study finds consumers face risk of losing money on Bitcoin currency exchanges, many of which close.  Online exchanges that trade hard currency for the rapidly emerging cyber money known as Bitcoin have a 45 percent chance of failing — often taking their customers’ money with them.

The finding is from a new computer science study that applied survival analysis to examine the factors that prompt Bitcoin currency exchanges to close. 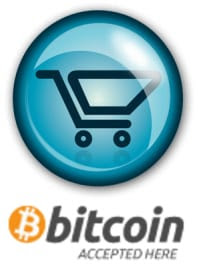 Results showed also that currency exchanges that buy and sell a higher volume of Bitcoins are less likely to shut down, but more likely to suffer a security breach.

The study analyzed 40 exchanges that buy and sell the virtual Bitcoin to identify factors that trigger or stave off closure, said the study’s authors, computer scientists Tyler W. Moore, in the Lyle School of Engineering, Southern Methodist University, Dallas, and Nicolas Christin, with the Information Networking Institute and Carnegie Mellon CyLab at Carnegie Mellon University.

As of April 2013, Bitcoin’s market capitalization had soared to more than $1 billion, making it a frequent target of fraudsters. Bitcoins are encrypted virtual money created by computer programmers and not backed by any country or government.

A traceable form of cyber money, Bitcoins can be purchased and used much like hard currency to pay for goods and services, mostly over the Internet. Part of Bitcoins’ attraction is its potential to reduce transaction fees for online purchases, as well as its mathematically-enforced protections against inflation.

Study authors Moore and Christin identified 40 Bitcoin exchanges worldwide that convert the cyber money into 33 hard currencies. Of those 40, 18 have gone out of business. Nine of the 40 experienced security breaches from hackers or other criminal activity, forcing five of them to subsequently close. Another 13 closed without any publicly announced breach, according to Moore and Christin.

From their study, the researchers found the failure rate of Bitcoin exchanges is 45 percent. The median lifetime of an exchange is just over one year, 381 days.

Of the 18 Bitcoin exchanges that closed, in 11 of those cases the authors were able to find evidence of whether or not the customers were reimbursed their money. Five exchanges didn’t reimburse their customers. Six claim to have done so.

“The risk of losing funds stored at exchanges is real but uncertain,” write Moore and Christin in “Beware the Middleman: Empirical Analysis of Bitcoin-Exchange Risk,” which was invited for presentation at the 17th International Financial Cryptography and Data Security Conferenceheld in Okinawa, Japan, April 1-5.

While various so-called crypto-currencies have been introduced in the past few years, Bitcoin is the first to be so widely adopted. Besides being open source, Bitcoin’s attraction includes real-time peer-to-peer transactions, worldwide acceptance and low or no processing fees.

Crypto-currencies are intended to eliminate reliance on brick-and-mortar middlemen such as banks, exchanges, credit card conglomerates and other financial intermediaries. Despite that, and as a result of Bitcoin’s booming popularity, a wide variety of middlemen have sprung up around the cyber currency. Those range from currency exchanges and online wallets to mining pools and legitimate or Ponzi scheme investment services, the authors said.

Moore and Christin focused their study on currency exchanges to examine the risk Bitcoin holders face from exchange failures.

Middlemen rise up in a system specifically meant to avoid middlemen
“Bitcoin is expressly designed to be completely decentralized with no single points of control,” Moore said. “Yet currency exchanges have become de facto central authorities, and their success or failure drives Bitcoin’s success or failure.”

Recent wild fluctuations in the exchange rate of Bitcoins can be traced in part to the role of digital middlemen, he said, including the emergence of the currency exchanges that buy and sell Bitcoins.

Bitcoin’s trading value at the start of the year was around $10 per Bitcoin. But its price soared as high as $260 earlier in April, then recently took a nosedive and is now hovering around $68, explained Moore.

“Much of that can be attributed to the Mt. Gox exchange temporarily shutting down because of heavy trading that overwhelmed the exchange,” Moore said. “Studying why these exchanges fail helps us better understand the risks of Bitcoin.”

Mt. Gox, https://mtgox.com/, based in Tokyo, is the most popular of the exchanges, with average daily transactions totaling more than 50,000 Bitcoins. Other high-volume exchanges include btc-e.com and Intersango.

Of the 40 exchanges Moore and Christin studied, the median for daily transactions carried out is 290. The mean is 1,716. Some 25 percent of exchanges process under 25 Bitcoins each day on average.

The findings of the study leave Bitcoin buyers in a dilemma: According to the study’s empirical analysis, “Mt. Gox and Intersango are less likely to close than other exchanges” because of their high volume, the authors write.

But the study’s logistic regression model yielded the result that the higher the transaction volume, the more likely a security breach by hackers. “More than 43,000 Bitcoins were stolen from the Bitcoinica trading platform in March 2012,” the authors write, and “in September 2012, $250,000 worth of Bitcoins were pilfered from the Bitfloor currency exchange.” Moreover, Mt. Gox has been breached multiple times.

Holding money at Bitcoin exchanges is risky
There are two ways to buy Bitcoins. Purchasers go online through an exchange such as Mt. Gox. They pay hard currency such as U.S. dollars at the market exchange rate, typically funded by a credit card. The exchange transfers the purchased Bitcoins to the buyer’s Bitcoin address or the money remains in an online account maintained by the exchange.

“In the latter case, customers are at risk of losing their Bitcoins if the exchange suddenly closes,” Moore said. “Believe it or not, many people — if not most —choose to leave the Bitcoins in the exchange account, thinking that their Bitcoins are better protected there and with faster access to convert back to hard currencies.”

Bitcoins also can be purchased from local dealers found on web sites such as https://localbitcoins.com/. Buyers meet up with the dealer online or in person and pay cash for the Bitcoins, which are then transferred to the Bitcoin address provided.

Data for the study included daily trade volumes, average weighted daily price for conversions to other currencies, the lifetime of each exchange, whether investors were repaid following an exchange’s closure, and whether the country where the exchange is based complies with the World Bank’s regulations for Anti-Money-Laundering and Combating the Financing of Terrorism.