Solving The Mystery Of The Earth’s Core

Using computer simulations, researchers from the University of California, Davis, and the Chinese Academy of Sciences in Beijing have helped to solve a mystery that scientists have puzzled over since the early 1950s: What accounts for Earth’s core density?

Their discovery: That Earth’s core contains 0.1-0.8 percent carbon, the largest reservoir of carbon on the planet. 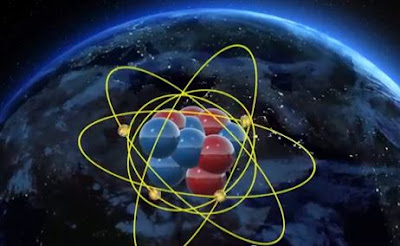 “We knew the density of the core, and we knew that metal iron and nickel alone couldn’t account for that density,” said UC Davis geology professor and study co-author Qing-Zhu Yin. “You need something lighter.”

Carbon was one of the major missing light element candidates; others included silicon, oxygen, phosphorus, magnesium, hydrogen and nitrogen. To discover their content in the Earth’s core, Yin and co-author Yigang Zhang went to the computer.

“We played with about 260 atoms to try to simulate Earth’s formation,” Yin said. “We assigned them their basic properties and let the quantum mechanics do the work in the computer. Now we know how to account for that density deficit.”

An accurate knowledge of carbon’s influence will help to increase our understanding of the Earth’s age and the exact timing of the core’s formation.

“It’s about understanding the nature of the Earth,” Yin said. “We’re able to better understand the physical and chemical processes involved in Earth’s formation.”

The research was funded by Chinese Academy of Sciences.

Contacts and sources:
Inside Science TV (ISTV)
Read the study.
on April 18, 2013